Join the Holy Cross Alumni Association for a virtual celebration honoring alumni for their outstanding service and dedication to the College.  The event will include presentations of the In Hoc Signo and Young Alumni Leadership Awards as well as remarks from Rev. Philip L. Boroughs, S.J., President of the College of the Holy Cross.

The awards presentation will be conducted as a Zoom webinar.  At the conclusion of the event, participants will be able to "drop in" to Zoom meetings with each of the honorees to share their congratulations!

First presented in June 1960, the In Hoc Signo Award is an expression of respect and admiration for those alumni who have distinguished themselves by their dedicated, outstanding and lengthy service to the College, regional clubs, or their class, and often all three. See a list of past recipients» 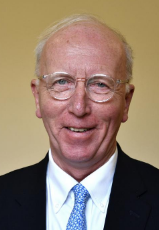 William "Bill" F. Bagley, Jr. '73 has served his class and the College with exceptional energy and loyalty for nearly 50 years.

Chair of the class of 1973 since 2005, Bagley has been an unflagging leader. During this time, the class has set reunion records for participation (52%, 35th reunion) and overall giving ($3.8 million, 40th reunion). His engaging and entertaining letters connect his classmates to Holy Cross and to each other. In 2013, the Holy Cross Fund recognized his outstanding class communications with the Joseph A. Perrotta ’28 Award.

Bagley serves as the advancement officer for the International Catholic Migration Commission. He and his wife, Mary, reside in Worcester and are the parents of two children. 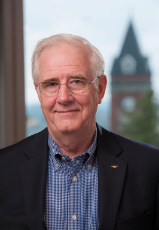 James "Jim" F. Delehaunty '67, P90 has been an ardent supporter of Holy Cross — and specifically the O’Callahan Society — for more than five decades.

He has served alma mater in a variety of roles, including HCAA Board of Directors and Senate, class agent, Reunion Gift Committee member and, perhaps most significantly, a founding member and leader of the O’Callahan Society, a vibrant, supportive hub of Holy Cross ROTC alumni and students.

A member of the society since its founding in 1994 — and chairman since 2012 — Delehaunty has overseen its growth to more than 1,500 members and placed the organization on strong financial footing. His creative and energetic leadership has enabled and enhanced many meaningful initiatives for ROTC students and alumni, including scholarship awards,training opportunities, communications and events.

A retired attorney, Jim and his wife, Kathy, live in East Dennis, Massachusetts, and are the parents of two children, including the late Tim Delehaunty ’90. 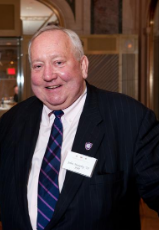 John J. Murphy, Jr. '73, P99 is a dedicated alumnus whose extensive service and leadership has advanced the College for decades.

A member of the Holy Cross Board of Trustees from 2000-2008, Murphy served on the board's Executive Committee and as chair of the Investment and Finance committees. He also co-chaired the New York Regional Campaign Committee for the Lift High the Cross campaign and currently serves as a member of the College’s Advisory Board.

Murphy chaired the 30th, 35th and 45th Reunion Gift Committees for the class of 1973. He is credited with helping to establish the New York Leadership Council in 1999 and has mentored countless Holy Cross students and alumni seeking career advice.

He holds board leadership roles in several nonprofit organizations, including the Jesuit USA Northeast Province. He and his wife, Monica, live in New York City and are the parents of three children, including Dylan Murphy ’99. 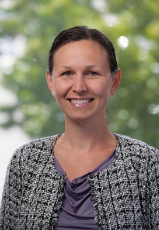 Kimberly "Kim" A. Stone '90 has enthusiastically and tirelessly served Holy Cross and its alumni community for more than 20 years.

During her tenure as HCAA president from 2015-2016, Stone was a strategic leader who oversaw an historic bylaw change that resulted in a new leadership structure for the association. She also served as an associate trustee and member of the Institutional Advancement subcommittee of the College’s Board of Trustees.

Currently serving as chair of the HCAA Nominations Committee, she has been a member or chair of the following committees: 150th Celebrations, Executive, Strategic Planning, Mission Statement, Book Prize, Spirituality, HCAA Dinner and Budget & Finance. Additionally, she has held each of the executive offices of the Holy Cross Club of Greater Worcester, including president from 2002-2003.

Stone is a litigation attorney with Counsel on Call in Boston. She and her husband, Patrick Jones ’92, live in Worcester with their four children.

Established in June 2011, the Young Alumni Leadership Award recognizes a young alumnus/a who has graduated within the past ten years and has demonstrated outstanding service to alma mater through the Alumni Association's committees and activities, regional club or class.  See a list of past recipients» 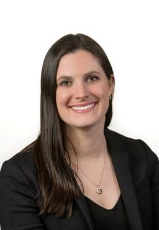 Clare M. Dougherty '12 has demonstrated her passion and dedication as a volunteer since leaving Mount St. James.

Dougherty has been an active volunteer for the Holy Cross Club of Metro New York since she graduated, and she has served as the club’s co-president since 2018. Her oversight of the club’s Instagram account, where she regularly shares creative and engaging content, has resulted in significantly increased awareness and engagement from metro area alumni. Additionally, Dougherty served as a member of the New York Leadership Council Dinner Committee in 2019.

A past recipient of the HCAA's McCarthy Scholarship, she enthusiastically serves the class of 2012 as a class agent and was a member of the 5th Reunion Committee. Dougherty is vice president of internal communications for Global Consumer Banking at Citi and resides in Brooklyn, New York.

The local hotels listed below have set aside rooms for the nights of October 18-19, 2019. Please make your reservations directly with the hotel of your choice as soon as possible and ask for the HOLY CROSS room block. 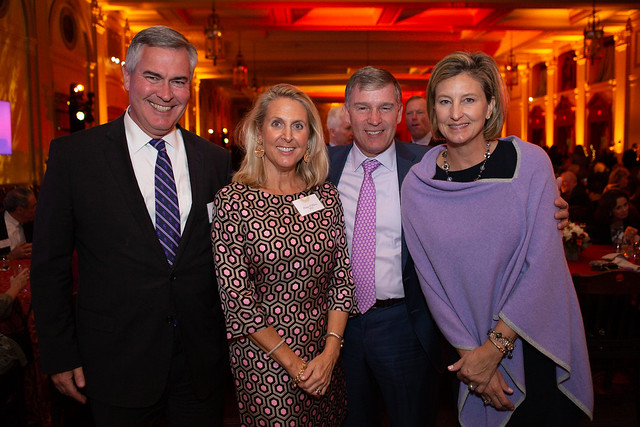