Prominent Alumni in the Arts

Elena Araoz '99 is the Producing Artistic Director of the Lewis Center for the Arts at Princeton University, where she also teaches acting, directing, and theatre making.  She directs theater and opera, nationwide and internationally.  Among her honors is a 2015 Fellow at New York Theatre Workshop, an Audrey Resident at New Georges, and a Beatrice Terry Artist-in-Residence at the Drama League (a residency devoted to producing a new work by an emerging female director-writer).  She directed "Alligator" for The SOL Project, an initiative to raise the visibility of Latino/a playwrights, in 2016.

Karen Mulvihill Baldwin '85 began as an actress, segued into screenwriting, and is now Creative Director of Nutmeg Films, an offshoot of her production company Baldwin Entertainment Group.

Kimberly Davis Basso '91 began as an actress, trained with the American Conservatory Theatre, directed more than 100 plays, wrote 15 plays, and developed Shakespearean curriculum for several venues. She is now the artistic director and founder of Atlantis Playmakers, in Burlington, Mass.

Joe Danbusky '97 was cast in national tours of “My Fair Lady” (Higgins) and “Crazy For You” (Lank), in addition to more than a dozen regional credits. He worked off-Broadway with Wings Theatre and TSI Playtime Series and, lately, in two productions with Storm Theatre Company — both to rave reviews. 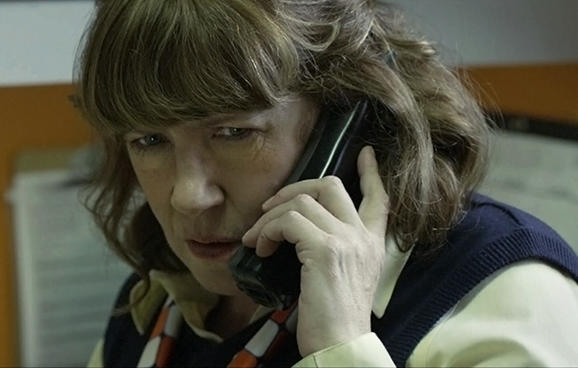 Ann Dowd ’78 has over 100 credits on her IMBd. In 2017, she won an Emmy as outstanding supporting actress in a drama series for her work on Hulu’s acclaimed "The Handmaid’s Tale." She has also received a best supporting actress award from the National Board of Review and nominations in that same category from the Critics' Choice and Indie Spirit awards for her performance in the 2012 movie "Compliance."

Margarett Perry Dykstra '86 was the resident director of The Kitchen Theatre, Ithaca, New York, summer 2014. The previous fall, she directed “Every Day A Visitor” for the Clurman Theatre in New York City.

Thomas Ian Griffith '82 spent eight years in New York City before moving to Los Angeles, where he landed a role on the soap opera “Another World.” He continues to work as an actor (e.g., “The Closer” and “Cold Case”), although he has begun to focus on writing. He has several feature films to his credit and is a staff writer on the television series “Grimm.”

Brian Gunn '92 and Mark Gunn '93 wrote the screenplay for 2012's hit film “Journey 2: The Mysterious Island” and are working on the sequel, “Journey 3: From the Earth to the Moon.” Along with a number of other projects, including “MacGyver,” “Mighty Mouse,” and “The Monster Squad,” they are writing the sci-fi thriller “Timecop” for Universal Pictures.

Matt Helfer '12 completed the 2015-016 national tour of "Mama Mia."  While living in Los Angeles, he has appeared in episodes of "Criminal Minds," "Sleeping Awake," and "It’s You Not Me," the web series "LaLaLand," and as Lenny for four episodes of "How to be a Vampire."

Neil Hopkins '99 appears in feature films and had had a recurring role in three television series, most notably Lost.  He credits include over 50 television dramas, including "Grimm," "Bones," "The Mentalist," "Witches of East End," "CSI," "Castle," "Lost," "Criminal Minds," "NCIS" and "The Good Wife." 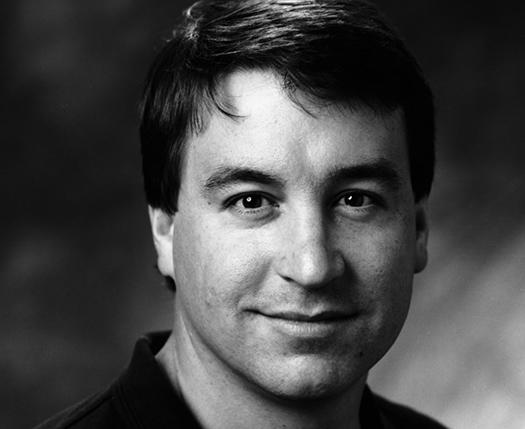 Peter Jankowski '86 is president and chief operating officer of Wolf Films Inc., and executive producer for three television series on NBC: “Law & Order: Special Victims Unit,” “Chicago Fire,” and “Chicago PD.” His documentary “When You're Strange” about Jim Morrison and The Doors won a Grammy in 2011 and was nominated for an Emmy.

Dana Knox '97 is production coordinator for College Theatre and the director of the Freshman Arts Program at Harvard University.

Matthew Lawler '87 is a co-founder and currently producing artistic director for the award-winning Rude Mechanicals Theater Company of New York City. He has appeared on stage, television, and films — and is the voice of Griff for the popular videogame Grand Theft Auto.

Kate Lydic '10 completed her M.F.A., Acting:  Mason Gross School of the Arts at Rutgers in 2014 and received her Equity card in 2015.  Credits include "Zurich, New York," three new plays for Essential Theatre Group; rave reviews for "The Belle of Belfast" with The Irish Repertory Theatre; "Would You Still Love Me If," directed by Kathleen Turner for New World Stages; and "The Rape of Lucrece" at The New York Shakespeare Exchange

Jack Megan '80 has been the director of Harvard's Office for the Arts (OFA) since 2001. He holds a MFA, administration from Columbia University and worked at the Santa Fe Chamber Music Festival, Longy School of Music, Fidelity Foundation (Boston), and as an independent consultant before going to Harvard.

Mary-Liz McDonald '86, an Emmy Award-winning producer, is senior vice president of programming and production for IconicTV where she oversees channels, including Jay Z's Life+Times, Lives with Meredith Vieira, and UnoDosTres.

James O'Connor '98 has been acting since graduation, appearing on CBS (recently on “Person of Interest” and “Elementary”) and FX. He was also understudy for several roles in the Broadway production of “Don't Dress for Dinner” at the Roundabout Theatre Company.

Tom Oullette '79 is head of the Performance and Directing Program at the Department of Theatre and Dance, Rollins College, Winter Park, Fla. Chair of the department from 2001-2008, he received the Cornell Distinguished Faculty award in 2010. Tom holds an MFA, acting from The Catholic University of America in Washington, D.C. and studied directing at Oxford University, Royal National Theatre in London, U.K., and acting with Uta Hagen at HB Studios, New York City.

Joe Saint '88 received his MFA, lighting design from the University of Virginia in 1992, and an MBA, management from New York University in 2006, the same year he co-founded IMCD (Intensity/Movement/Color/Distribution).

Mark Schneider '94 is the Associate Director of "Beautiful, The Carole King Musical," currently running on Broadway and in London.  He was acting coach for for Oscar-nominee Quvenzhane Wallis for her title role in the remake of the film "Annie."  He is credited for his work on ten Broadway shows, including two Tony award-winning Best Revivals: "The Norman Conquests" and "Boeing-Boeing" (Associate Director). 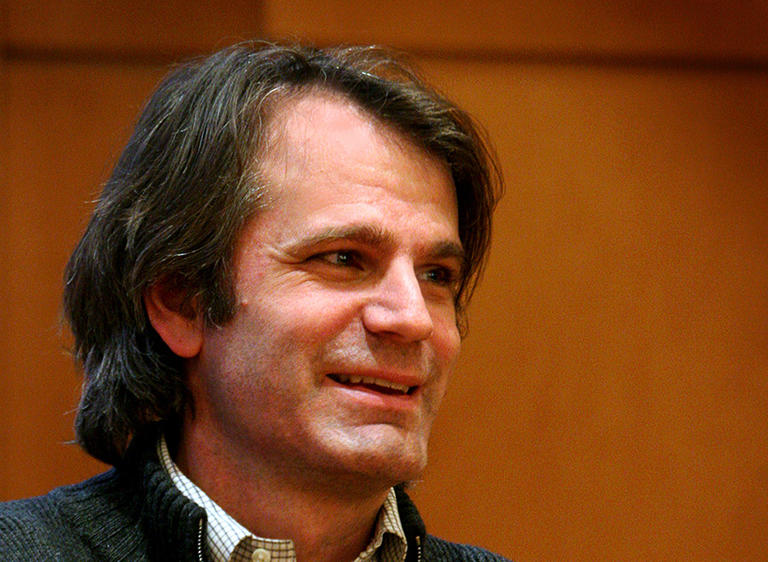 Bartlett Sher '81 is resident director at Lincoln Center Theatre in NYC. He was nominated for the 2015 Tony Award for best director of a musical for "The King and I." The production was nominated for 9 Tony Awards, two Drama League Awards, and five Outer Critic Circle Nominations.  Nominated eight times for the Tony Award for Best Director — most recently in 2018 for "My Fair Lady" — Bart Sher was the winner in 2008.

Don Whitehead '91 attended the film school at USC. He is currently co-executive producer/writer for "Hit the Floor," a syndicated television series.   Previously, he was a co-executive director/writer for "Beauty and the Beast" and supervising producer/writer of "Smallville."  Other credits include writer/co-creator of "Heavenly" at 20th Century Fox, manager of internet communications at American Film Institute, writer at Stargate Atlantis on SciFi, manager of content development and customer outreach at Sony Pictures Digital, and associate producer at Columbia TriStar Interactive.