The Ethics of Black Atlantic Masculinities on Display 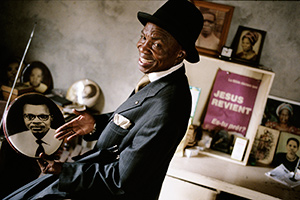 A 21st century term, “Afropolitan” already is charged with contested meanings. Celebrated by some as the pinnacle of African modernities, others see the Afropolitan as a glorified consumer or perennial object of Western consumption. However, most discussions of Afropolitans have occurred in relation to the arts, literature, and fashion and almost exclusively in relation to Africans in Western cities or Westernized enclaves in Africa in the present. A historicized approach to the concept of the Afropolitan raises new questions about how scholars and activists read race, gender, identity, and ethics in images and texts.

This conference is organized by History Department professors Rosa E. Carasquillo and Lorelle Semley at the College of the Holy Cross. The conference is sponsored by the Rev. Michael C. McFarland, S.J. Center for Religion, Ethics and Culture. 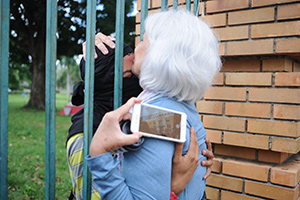 The Cantor Art Gallery will mount a two-person exhibition in conjunction with the conference.

A Visual Guide to the Heart: The Music of Ismael Rivera
Photographs by Christopher López
López’s recent photographs, taken recently in Puerto Rico, focus on the imagery laden music of one of Puerto Rico’s most beloved musicians of the 20th century.

S.A.P.E.: Societe des Ambianceurs et des Personnes Elegantes/ Society of Tastemakers and Elegant People
Photographs by Héctor Mediavilla
Mediavilla, who lives and works in Spain, produced this series of photographs that presents nuanced views of Congolese men who, since the early part of the 20th century, have used dress and performance to engage and counter the realities of political and economic hardship in postcolonial Africa. 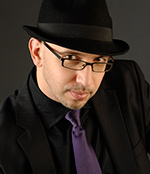 At the height of his career in the 1970s, Puerto Rican singer Ismael Rivera shared the stage with salsa greats such as Benny Moré, Tito Puente and Celia Cruz, and revolutionized tropical music with his unique singing style and improvisational skills. Today, he is lionized in various Afro-Caribbean communities as a bastion of cultural nationalism and Pan-Africanism. Composer, arranger and multi-instrumentalist Gonzalo Grau breathes new life into Ismael Rivera hits in new arrangements for a stellar ensemble, including Worcester's own Manolo Mairena.

Read more about the participants»

4:30 PM: Opening Keynote
The Advent of Blackness and Its African Consequences
Silvio Torres-Saillant, Professor of English and Dean in Humanities, Syracuse University, and author of “An Intellectual History of the Caribbean,” New Directions on the Americas Series (Palgrave, 2006).
Watch the video»

9:00 AM: Panel 1: Reviewing Slavery and its Afterlives
Facilitator: Michael West, Associate Professor of History, College of the Holy Cross

“Homoerotic Desire and the Fallacy of Spanish Masculinity in Quito”
Antonia Carcelén-Estrada, Visiting Assistant Professor, College of the Holy Cross

“Black Dandy in Afro-Caribbean Diasporas: Black Aesthetics as an Epistemology of Improvisation, Self-Invention and Re-humanization”
Michael Bucknor, Associate Professor of English, University of the West Indies

“Female Sex Tourism and the Sanky-Panky: Deconstructing the Complex and Contradictory Masculinities of a Dominican Archetype”
Elizabeth Manley, Associate Professor of History, Xavier University of Louisiana

Read more about the participants»