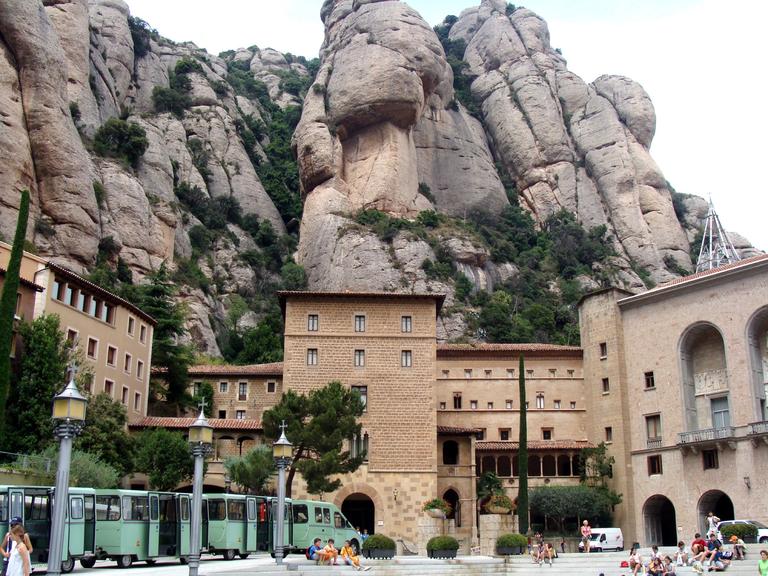 "How unsatisfying are the observations of an art critic if one has not seen the painting or a guidebook before one has visited the place.... It is often forgotten that events take place in space as well as in time, and the events on which Christian faith is based happened not only at a particular time in history, but also at specific places. Where something happened is as significant as when it happened. There is no better way to fix an event or person in the mind than to visit the actual place where the event occurred or where the person lived. In a mysterious way, tangible things have the capacity to stir the inner eye, as though there exists a kind of mystic harmony between things of the spirit and objects of sense."
-Robert Louis Wilken

Since 2003, the College of the Holy Cross has organized an annual summertime pilgrimage for its faculty to visit important sites in the life of St. Ignatius of Loyola, founder of the Jesuits. The pilgrimage is an opportunity for religiously diverse faculty to share a lived experience of early Jesuit history and Ignatian thought, which enriches their understanding and teaching of the College's Jesuit mission.

Through Northern Spain, the pilgrims trace Ignatius' footsteps, from Loyola Castle, the site of his birth and conversion, to the cave at Manresa where he dwelled for nearly a year, praying and practicing what would become his Spiritual Exercises. They visit the monastery at Montserrat, the birthplace of St. Francis Xavier and the Gothic Quarter of Barcelona. Then, they fly to Rome and visit the apartments of St. Ignatius, the Gesù church and the church of St. Ignatius, and the sites of other early Jesuit ministries.

Holy Cross invites other Jesuit colleges and universities to join us on pilgrimage. More than 100 faculty and key administrators have done so already, with the largest number coming from from Xavier University, Loyola University Maryland, Marquette University and Saint Joseph University. Arrangements for other institutions' participation are normally finalized by December of the year before the trip.

"A remarkable number of pilgrims have described the experience as transformative," said Thomas M. Landy, director of the Center for Religion, Ethics and Culture at Holy Cross and organizer of the annual pilgrimage. "No matter their religious affiliation or scholarly background, the faculty and staff who have made the pilgrimage feel a deepened connection to Jesuit mission that influences their work at Holy Cross or at their home institution."