The International Visiting Jesuit Fellows program brings Jesuit faculty from colleges and universities around the world to Holy Cross as visiting fellows. The program is a joint initiative of the Rev. Michael C. McFarland, S.J. Center for Religion, Ethics and Culture and the Holy Cross Jesuit Community. Since 2000, 32 Jesuits have enjoyed a semester or a year engaging with the Holy Cross community.

The program is designed to give Jesuits from many different countries the time and resources to pursue scholarship, to collaborate with American scholars, and to build a better sense of the Jesuit global community. Fellows have come from Benin, Zimbabwe, India, Ireland, Germany, Canada, Indonesia, Australia and beyond. The Holy Cross community benefits a great deal from the presence of Jesuits from around the globe, while our many resources can be of help to the Society in its mission.

The Jesuit Fellows are provided with office space, access to Holy Cross libraries, other research libraries, and outstanding electronic databases. They will receive financial support for designated research activities and/or to attend a professional conference, and secretarial and logistical support. Housing is provided in Ciampi Hall, the Jesuit residence at Holy Cross. Holy Cross also will provide a stipend, health insurance, and airfare to and from the United States.

The program complements Holy Cross' other efforts to develop collaborative programs with Jesuit colleges and universities outside the U.S., including a number of the College's study abroad sites for students. Approximately 20 percent of our third year students study outside of the United States. Our many active collaborations include several Jesuit institutions: Université Catholique D'Afrique Centrale in Yaoundé, Cameroon; the Catholica, in Lima, Peru; Universidad del Salvador in Buenos Aires, Argentina; Casa de la Solidaridad in San Salvador, El Salvador; Universitas Sanata Dharma in Yogyakarta, Indonesia; and Sophia University in Tokyo, Japan. 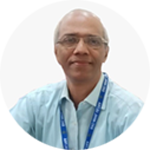 2022-2023
Rev. T. Nishaant, S.J. is former principal of St. Xavier's College of Management & Technology in Patna, Bihar, India. At Holy Cross, he is teaching a course titled "Social Stratification in India" in the Department of Sociology and Anthropology. 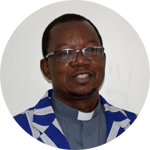 SPRING 2023
Rev. Joachim Zoundi, S.J. is a lecturer of systematic theology at Hekima University College, Nairobi, Kenya. At Holy Cross, he will teach a course on Christian anthropology in a time of uncertainty. A native of Burkina Faso, he also plans to research a characteristic of interpersonal relationships in the country that make peace and reconciliation possible among different ethnic and tribal groups. 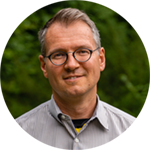 SPRING 2023
Rev. Ferenc Patsch, S.J., a Hungarian Jesuit, is a professor at the Pontifical Gregorian University in Rome and previously served as chair of its Department of Fundamental Theology. At Holy Cross, he will teach a course on systematic theology. A prolific author of Hungarian books on the theology of religions, he will work on finalizing a book chapter in English. 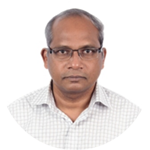 SPRING and FALL 2023
Rev. Selva Rathinam, S.J., a Jesuit priest ordained in Bangalore, teaches Scripture at Jnana-Deepa Institute of Philosophy and Theology, Pontifical Athenaeum, Pune, India. From 2014-2020, he was the president of Jnana-Deepa Vidayapeeth (JDV) and served as president of Catholic Faculties of India. His area of research is the Hebrew Bible and at Holy Cross will be teaching a course on the Hebrew prophets.

Learn more about some of our recent fellows below, and watch their lectures online. (View the complete list of fellows.)

Rev. Peter Dubovsky, S.J., a native of Slovakia, is professor of the Old Testament exegesis at Pontifical Biblical Institute in Rome. He previously taught Old Testament studies at Trnava University, Slovakia. He is author of "The Building of the First Temple: A Study in Redactional, Text-Critical and Historical Perspective" (Mohr Siebeck, 2015) and "Hezekiah and the Assyrian Spies: Reconstruction of the Neo-Assyrian Intelligence Services and Its Significance for 2 Kings 18–19" (Pontificio Instituto Biblico, 2006). At Holy Cross, he continued his research in biblical studies and taught a course titled "Cultures of the Bible."

Rev. Lawrence Fernandes, S.J., who belongs to the Province of South Asia, teaches philosophy at the national Jesuit Philosophate at Satya Nilayam, and at Loyola College, Chennai, India. He is director of Satya Nilayam Research Institute and serves as editor of the bi-annual journal Satya Nilayam: Chennai Journal of Intercultural Philosophy. He is the author of three books: "Popular Religiosity: A Quest for Meaning," "Shrines and Pilgrimages: Philosophy and Practice," and "Popular Devotions: Philosophy and Practice." At Holy Cross for the 2018-2019 academic year, Fr. Fernandes researched patterns of lived Catholicism and its intercultural philosophical orientations in the context of cultural pluralism. He taught a course on the "Religions of India," introducing students to three major religions: Hinduism, Jainism and Sikhism.

Rev. Leszek Gęsiak, S.J., a member of the South Poland Province, teaches in media and multicultural studies at the Jesuit University Ignatianum in Krakow, Poland. He has taught at the Pontifical Gregorian University in Rome and directed the Polish-language section of Vatican Radio. At Holy Cross for the fall 2018 semester, he analyzed the concept of the American media in a multicultural and multi-religious society and taught a course titled "Values of the European Union," exploring the ethical vision of the European multicultural society.

Rev. Janez Percic, S.J., a native of Slovenia, was ordained into the priesthood in 1994 and served as a parish priest in Ljubljana-Dravlje for four years. He received his master’s degree and Ph.D. in philosophy from Munich School of Philosophy, where he taught for 12 years. In 2014, Fr. Percic served as a visiting researcher in the Philosophy Department at Boston College. At Holy Cross, he taught a philosophy course, and studied the philosophy of freedom and Charles Taylor as an interpreter of the modern Western world.

Rev. George Karuvelil, S.J., from the Jesuit theologate at Pune, India, is professor of philosophy at Jnana Deepa Vidyapeeth, where he previously served as dean of faculty of philosophy. He edited the book, "Romancing the Sacred? Towards an Indian Christian Philosophy of Religion" and is editor of "Jnanadeepa: Pune Journal of Religious Studies." He has authored over 50 articles, on a wide range of topics including epistemology, hermeneutics, ecology, politics, and society. At Holy Cross, Fr. Karuvelil taught theology and studied the epistemologies underlying Christian theology, and the relationship between faith and reason. A book project, "Faith, Reason, and Culture: An Essay in Fundamental Theology" (Palgrave Macmillan) was published in 2020.

Rev. Thomas Kuriacose, S.J., a member of the Delhi Jesuit Province in India, teaches systematic theology at Jnana-Deepa Vidyapeeth (formerly known as Papal Athaneum) in Pune, India. In 2014, he completed a term as its dean of faculty of theology. He was for many years secretary of the Jesuit Secretariat for Interreligious Dialogue in South Asia. He did his doctoral studies in the Jesuit Faculty of Theology, Paris. At Holy Cross, Fr. Kuriacose taught a course in South Asian theology. He gave a lunchtime talk on February 2, 2016 on "Meaningful Inter-religious Dialogue."

Rev. Luc Bonaventure Ayité Amoussou, S.J., who originally comes from Benin and the West Africa Province, recently earned his Ph.D. in biblical studies from the University of St. Michael's College in Toronto. He is founder and coordinator of Rays of Hope, a center for helping disadvantaged students in Benin. At Holy Cross, Fr. Amoussou's teaching focused on the intersection of politics and religion.

See all past fellows