Repairing the Fabric of Our Nation

This series will engage the community in exploring the causes of our multilayered political crisis, the fragmentation of American politics and society, and how to rebuild.

What Future Can Conservatives Imagine to Repair Our Political Fabric? 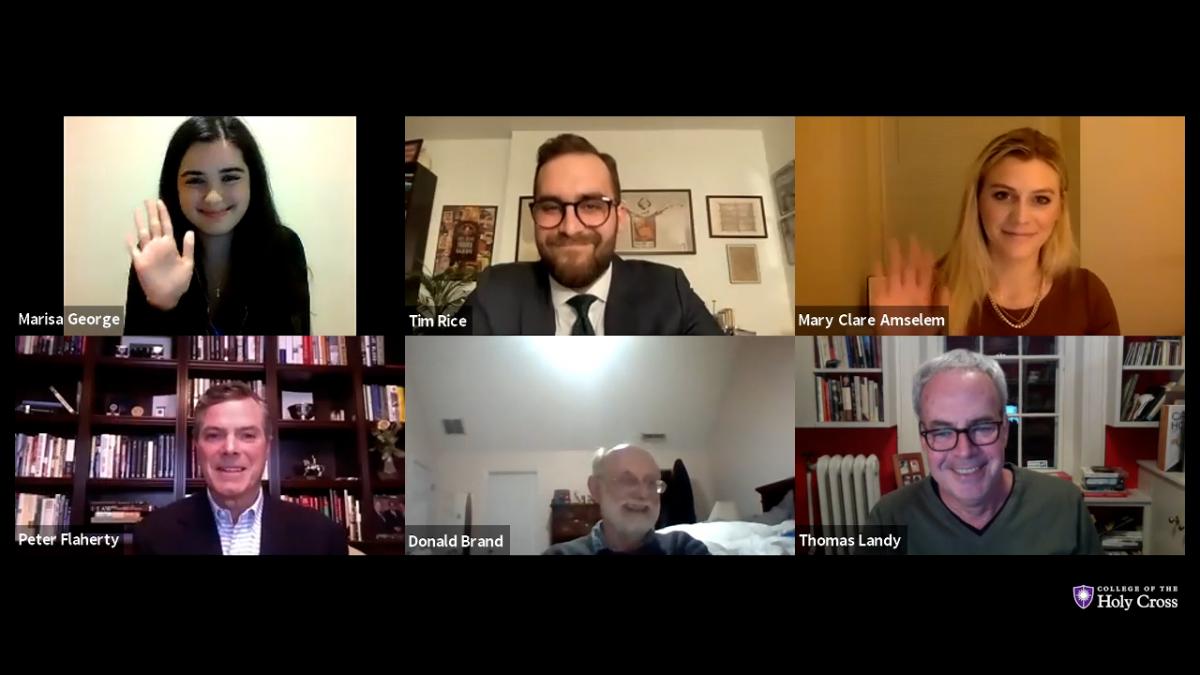 Lessons from Around the World in the Aftermath of Crisis

What can we learn from other countries’ experiences about how to rebuild a damaged, fragmented society? Holy Cross faculty share from their comparative scholarship in South Africa after apartheid (Judith Chubb, Political Science); Germany, Russia and the former Soviet Union reckoning with their pasts (Cynthia Hooper, History); Latin American experience with populism, authoritarianism, democratization, and economic crises (Maria Rodrigues, Political Science); and Cambodia, Rwanda and lessons on reconstruction in the aftermath of genocide (Aditi Malik, Political Science).

How Can Catholics Contribute to Restoring Public Life?

What does it mean to be a faithful citizen and how can our Catholic faith contribute to a healthy, vibrant polity and society? Meg Griffiths '04, Associate and Assistant Director of Programs at Essential Partners, moderates a discussion among Catholic alumni including:

Organized with the College Chaplains.

College Hill on Capitol Hill: How Our Alumni in Congress Would Heal the Nation

Three Holy Cross alumni were serving in Congress during the January 6 insurrection at the Capitol and subsequent second impeachment of former President Donald Trump. Sen. Robert Casey '82 (D-Pennsylvania), Rep. Peter Welch ’69 (D-Vermont) and Rep. Mark DeSaulnier ’74 (D-California) join us for a discussion about the political crisis we're in and how we move our country beyond. Featuring a special welcome from Massachusetts Congressman Jim McGovern and an introduction by Holy Cross President Rev. Philip Boroughs, S.J.

America’s Place in the World

How is America perceived now by leaders abroad? How do those perceptions help or hinder what we might want to achieve? Given where we've been and what we've done, what are the challenges to American leadership? What would the world be like without it? Join us for a discussion with distinguished diplomats and policy analysts including two Holy Cross alumni:

Responsibilities of Social Media Companies in Repairing our Social Divisions 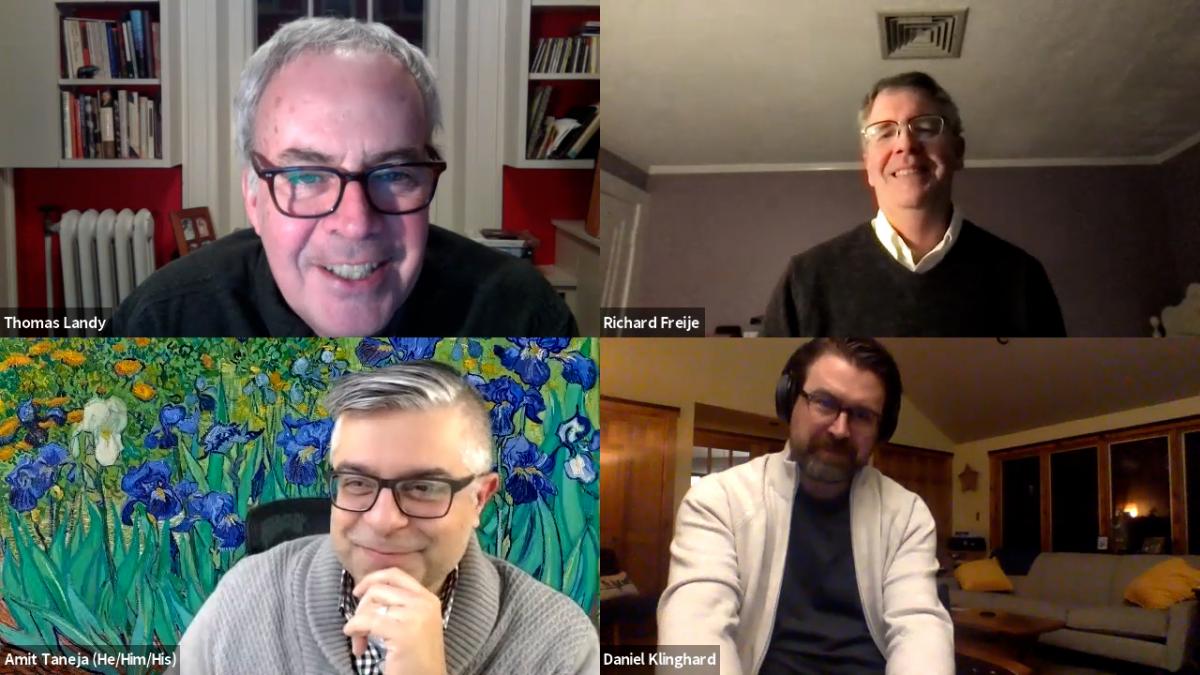 Social media have undoubtedly exacerbated the current political crises in our country, and many parties want them held responsible to prevent further damage. How do we balance competing desires for platforms that protect free speech and are free from hate and disinformation? Political Science Professor Daniel Klinghard, Director of the J.D. Power Center for Liberal Arts and the World and Co-Director of the Charles Carroll Program, and Amit Taneja, Associate Provost for Diversity, Equity and Inclusion, are joined by Richard Freije ’81, who is AVP and Senior Counsel at Sun Life Financial and Adjunct Instructor at Clark University and WPI teaching Cyber Law and Policy, for a discussion on regulating social media moderated by Thomas M. Landy, Director of the McFarland Center for Religion, Ethics and Culture.

For the last few decades, the national Republican party has been remarkably homogeneous, with an agenda set by a narrow set of leaders and organized interests working together. The past, however, is unlikely to be prologue. Deep fissures are building within the party, on two dimensions. First, as the response to the challenges to the election and January 6 riot has shown, and as the vote by seven Republican Senators on the former president’s impeachment affirmed, the party is divided on how much it wants to be anchored to Donald Trump going forward. Second, well before the conflict around the election, the party was beginning to divide on fundamental matters of political economy, on everything from trade, immigration and social insurance. In this talk, Steven Teles, Professor of Political Science at the Johns Hopkins University, Senior Fellow at the Niskanen Center, and co-author of "Never Trump: The Revolt of the Conservative Elites" (Oxford University Press, 2020), will assess how these fissures will develop in the coming years, and how a more heterogeneous, fractured party will change how American politics works across the board.

Rebuilding Democracy From the Classroom Out

In small group discussions, Holy Cross faculty strategize about pedagogy and action in our shared work as educators to help each other teach effectively in light of what we see in our country. What does this moment ask of us as faculty members and educators, and how can we engage in sustained conversations on democracy, citizenship and justice over the spring semester and beyond?

Recent efforts to undermine the presidential election and peaceful transfer of power, culminating in Wednesday's riot at the U.S. Capitol, have been devastating to witness. To begin to address this national crisis, one first step is to come together as a community to talk honestly about what's happened, who's responsible, and where we go from here. This Zoom community event moderated by Thomas M. Landy, Director of the McFarland Center, provides space for Holy Cross faculty, students and staff to process the events of Jan. 6 and offer their perspectives.