From Personal Devotion to Papal Diplomacy 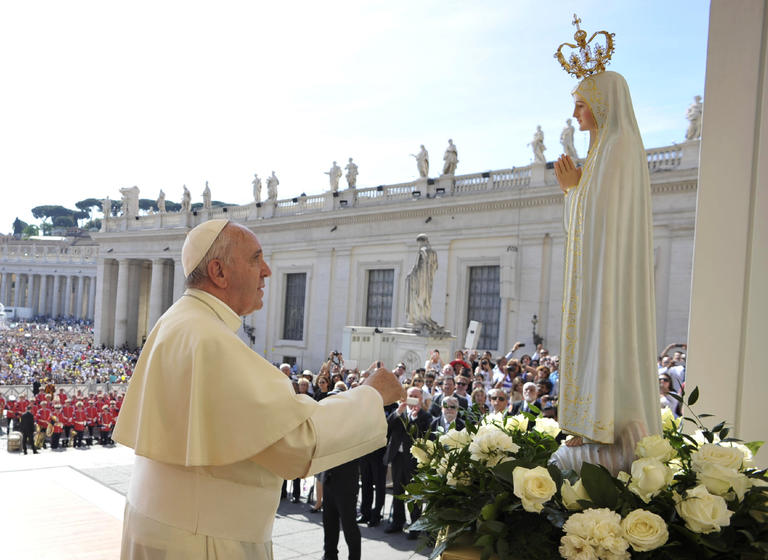 This conference takes Francis’ own devotional life, as demonstrated through his pilgrimages and the symbols he chooses to surround himself with, as a starting point to interpret his papacy in its goals, objectives and outcomes. The conference is organized by Rev. Michael Rogers, S.J., Assistant Chaplain and McFarland Center Fellow.

Austen Ivereigh
"God Made the First Move: Mercy in the Life and Papacy of Jorge Mario Bergoglio"

Watch the video»
Journalist and author of two books — "The Great Reformer: Francis and the Making of a Radical Pope" (Henry Holt, 2014) and "How to Defend the Faith Without Raising Your Voice" (Our Sunday Visitor, 2012) — Austen Ivereigh regularly contributes to America magazine, Our Sunday Visitor, The Tablet, The Spectator, Crux and others. He has been deputy editor of The Tablet, editorial adviser to The Way, and associate editor of Godspy. A well known commentator on British media outlets, he is co-founder of Catholic Voices, a communications project now in 20 countries. He holds a Ph.D. from Oxford University.

Watch the video»
Senior analyst at Religion News Service, Fr. Thomas Reese is former editor-in-chief of America magazine. As a former senior fellow at the Woodstock Theological Center, he wrote the trilogy on the organization and politics of the church: "Archbishop: Inside the Power Structure of the American Catholic Church" (1989), "A Flock of Shepherds: The National Conference of Catholic Bishops" (1992), and "Inside the Vatican: The Politics and Organization of the Catholic Church" (1996). During the summers, he works as a visiting scholar at the Markkula Center for Applied Ethics at Santa Clara University. In 2014, he was appointed by President Obama to the U.S. Commission on International Religious Freedom and was elected chair in 2016. He has a doctorate in political science from the University of California Berkeley. He entered the Jesuits in 1962 and was ordained a priest in 1974 after receiving a M.Div from the Jesuit School of Theology at Berkeley.

Watch the video»
Elise Harris is senior correspondent covering the Vatican for Catholic News Agency/EWTN News in Rome. Before joining the Rome team for CNA in 2013, she worked as a part-time employee in CNA's Denver office assisting with multi-media and content management. She graduated from the University of Northern Colorado in 2010 and holds a degree in philosophy and communications.

Inés San Martín
"Francis and Persecuted Minorities: The Journey to Myanmar and Bangladesh"

Watch the video»
Inés San Martín is an Argentinean journalist who covers the Vatican in Rome for Crux. Before joining Crux, she was a community manager, content director, and graphic designer for Contá con Nosotros, and worked as a reporter and editor for Valores Religiosos in Buenos Aires. She managed the international press office for World Youth Day in Rio de Janeiro in 2013. She holds a bachelor's degree in social communications and journalism from Universidad Austral in Buenos Aires and Universidad de Navarra in Pamplona, Spain.