Deans of the Faculty 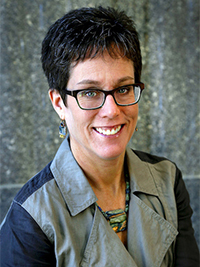 Ann Marie earned her Ph.D. in anthropology from Harvard University. She has been a member of the Department of Sociology and Anthropology at Holy Cross since 2000; she received tenure and was promoted to associate professor in 2007 and promoted to professor in 2014. She chaired the Department of Sociology and Anthropology from 2011–2015 and served two terms as the director of Asian Studies (2008-2010, 2016-2019). Ann Marie has also been an active member of the Gender, Sexuality, and Women’s Studies concentration, most recently as a member of the executive committee. In addition to regularly teaching Contemporary Asia at the introductory level and Ethnographic Field Methods at the advanced level, she offers elective courses such as Fashion and Consumption and Economic Anthropology. She has served as an advisor for department and College honors theses, capstone projects in Gender, Sexuality, and Women’s Studies, and the Weiss Summer Research Program. In 2018-2019, she served as one of the primary advisors to the Fenwick Scholar.

Ann Marie’s scholarship in sociocultural anthropology focuses on gender, class, economic transformation, fashion, kinship, socialism and neoliberalism. She has been conducting ethnographic field work in Vietnam for 25 years. Her 2014 book, “Essential Trade: Vietnamese Women in a Changing Marketplace,” is an ethnographic analysis of women cloth and clothing traders in a famous Ho Chi Minh City market as they navigate Vietnam’s larger economic reforms. The book was awarded the 2016 Harry J. Benda Prize by the Association for Asian Studies. Ann Marie has co-edited four collections, “Re-Orienting Fashion: The Globalization of Asian Dress,” “Neoliberalism in Vietnam” in positions: asia critique, “The Development of Vietnamese Studies since 1980: Essays in Honor of Hue-Tam Ho Tai” in the Journal of Vietnamese Studies, and “Traders in Motion: Identities and Contestations in the Vietnamese Marketplace.” Her newest work focuses on the emerging social work profession in Vietnam. She received the Mary Louise Marfuggi Faculty Award for Outstanding Scholarship in 2015 and the O'Leary Faculty Recognition Award in 2009-2011. 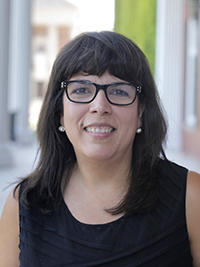 Madeline Vargas earned her Ph.D. from the University of Connecticut. She joined Holy Cross in 1995, received tenure in 2001 and was promoted to the rank of professor in 2015. Vargas teaches the microbiology curriculum within the Department of Biology and has directed more than 50 students in summer research, independent research or honors theses. She has collaborated with Holy Cross colleagues on inclusive and interdisciplinary teaching, and has presented the results of this shared work at such venues as the American Association of Colleges and Universities and the Center for Inclusive Teaching at the University of Puerto Rico, Humacao campus, and in the journal College Teaching.

Vargas’ research in microbiology focuses on the physiology and ecology of microorganisms, specifically the biochemical mechanisms that enable bacteria to respire with iron and produce electricity, as well as bacteria that thrive in extreme habitats. Her work has been published in high-impact journals Lancet, Nature and Nature Nanotechnology. She received the Arthur J. O’Leary Faculty Recognition Award in 2016.

Over her Holy Cross career, Vargas has served as a member of the Strategic Planning Working Group on the Liberal Arts and a faculty representative to the Diversity, Equity and Inclusion Committee of the Board of Trustees. She served on the Common Requirements Steering Committee from 2018–2020, and also chaired the Committee on Faculty Scholarship and the Committee on Nominations and Elections. Beyond Holy Cross, she serves, and is a member of, the Massachusetts Women of Color Coalition.