Dr. James J. O’Connell, president and founding physician of the Boston Health Care for the Homeless Program (BHCHP) and assistant professor of medicine at Harvard Medical School, will receive an honorary degree from the College of the Holy Cross and address this year’s graduates during the College’s Commencement ceremonies on Friday, May 26, at 10:30 a.m. at the DCU Center in Worcester.

Dr. O’Connell has dedicated his medical career to caring for Boston’s homeless. His leadership has contributed to the growth of the BHCHP since its founding in 1985 to become the country’s largest and most comprehensive program of its kind, serving more than 12,000 homeless people a year in two hospital-based clinics and more than 60 shelters and outreach sites. Throughout his 30 years at the helm, Dr. O’Connell has continued to serve on the team of doctors that meets patients on the streets, offering food and warm socks, medical treatment and the support of trusted friends.

Dr. O’Connell served as the National Program Director of the Homeless Families Program of the Robert Wood Johnson Foundation and the U.S. Department of Housing and Urban Development from 1989–1996. In addition to publishing articles in the New England Journal of Medicine, Journal of the American Medical Association, Circulation, American Journal of Public Health and Journal of Clinical Ethics, he is the editor of “The Health Care of Homeless Persons: A Manual of Communicable Diseases and Common Problems in Shelters and on the Streets” (BHCHP Press, 2004). He published his first book, “Stories from the Shadows: Reflections of a Street Doctor” (BHCHP Press), in 2015.

The recipient of numerous awards, including the Albert Schweitzer Humanitarian Award in 2012 and the Trustees’ Medal at the bicentennial celebration of Massachusetts General Hospital in 2011, Dr. O’Connell is a graduate of the University of Notre Dame, Cambridge University and Harvard Medical School.

Dr. O’Connell was recently featured on “CBS Evening News” for his work with Boston’s homeless. Watch the segment below:

In addition to Dr. O’Connell, the College will award honorary degrees to the following individuals at Commencement:

Clementina Chéry is the president and CEO of the Louis D. Brown Peace Institute in Boston. Chaplain Chéry founded the Institute in 1994 following the fatal shooting of her 15-year-old son, Louis David Brown, to teach young people the value of peace, to leverage the assets in her community and to transform society’s response to homicide. With funding from the Boston Public Health Commission, she developed the Institute’s core program, Survivors Outreach Services (SOS), to offer emotional and practical support for families in the days immediately following a homicide. She went on to establish innovative programs and publish tools for families of victims and the providers who serve them, including “Always in My Heart: A Workbook for Grieving Children” (The Louis D. Brown Peace Institute, 2011) and the “Survivors Burial and Resource Guide” (The Louis D. Brown Peace Institute, 2013). She also coauthored an article titled “Homicide Survivors: Research and Practice Implications” published in the American Journal of Preventive Medicine in 2005. Chéry founded both the Serving Survivors of Homicide Victims Providers Network and the Massachusetts Survivors of Homicide Victims Network. She has trained thousands of public health professionals, law enforcement officials, and religious leaders across the country in best practices for supporting families and interrupting cycles of retaliatory violence.

In 2016, Chéry was selected as a Social Innovator by the Social Innovation Forum. She was also named one of Boston’s 100 most influential leaders of color by Collette Phillips Communications, Inc. and received the Impact Award by Phillips Brooks House Association at Harvard University. She was awarded Salem State University’s Champion of Peace Award in 2014 and was named Citizen of the Year by the National Association of Social Workers in 2011. Chaplain Chéry was ordained as a senior chaplain with the International Fellowship of Chaplains, Inc. in February of 2012.

Rev. Robert Kennedy, S.J., Roshi, is professor emeritus of theology at St. Peter's University in Jersey City, N.J., where he lives with the Jesuit Community. He is also one of only three known Jesuit priests in the world who has also been installed as a Zen roshi (master teacher). Fr. Kennedy holds doctorates in theology and psychology, and has published two books on the intersection of Christianity and Zen Buddhism: “Zen Spirit, Christian Spirit: The Place of Zen in Christian Life” (Bloomsbury Academic, 1995) and “Zen Gifts to Christians”(Continuum, 2001). Fr. Kennedy’s practice embodies the principles articulated in the Jesuit statement on mission and interreligious dialogue which calls the Jesuits to engage in a dialogue of life, action, religious experience, and theological exchange.

He has lived his mission of conversation and collaboration in Mexico, Ecuador, England, Wales, Ireland and several centers in the United States. Joining the Jesuits in 1951, immediately following his graduation from Xavier High School in New York City, Fr. Kennedy studied and taught in Japan for eight years and was ordained a priest in Tokyo in 1965. He studied with three Zen masters: Yamada roshi of Kamakura, Japan, Maezumi roshi of Los Angeles, and Glassman roshi of the Zen Peacemaker Order in New York. Glassman roshi installed Kennedy as a Zen teacher (sensei) in 1991 and as a Roshi in 1997. 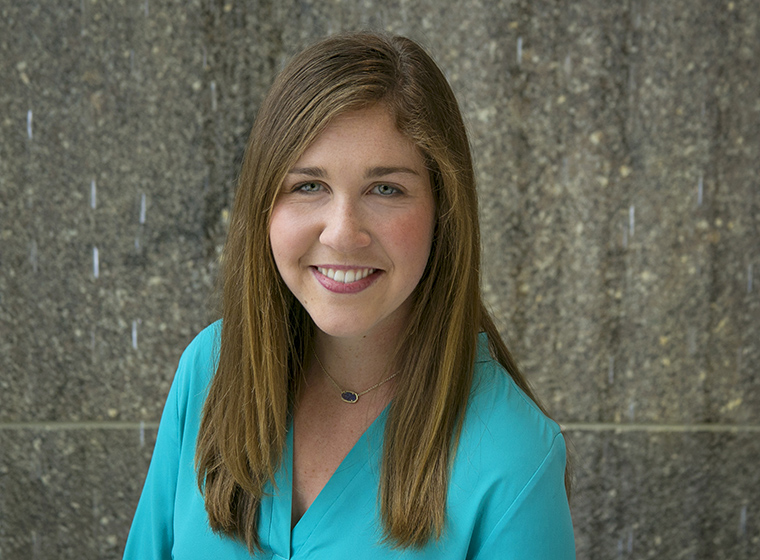 Haylie M. Butler ’17, of Rossmoor, Calif., has been selected to deliver the Class of 2017 valedictory address at the Commencement ceremony on Friday, May 26.

Butler is a Spanish and biology double major in the Health Professions Advising Program. She is a member of both the Alpha Sigma Nu Jesuit Honor Society and Phi Beta Kappa, and has recently been awarded a Fulbright English Teaching Assistantship to Spain, where she will be teaching English to high school students in the region of Galicia.

While at Holy Cross, Butler founded XCHROM, an organization that empowers young women in science in underprivileged communities. She served as the lead organizer for the inaugural Women in Science Day for young women from both Worcester high schools and Holy Cross; has been involved with genetics research under the guidance of Geoffrey Findlay, assistant professor of biology; and was a STEM+E tutor. Butler was also the founder and chair of the Holy Cross figure skating club; a leader for the Nicaragua immersion program after previously traveling to El Salvador on an immersion trip; a member of the women’s varsity volleyball team; and served as secretary for Students for Responsible Choices. She spent the summer and fall of 2015 in Buenos Aires, Argentina and the spring of 2016 in Costa Rica through Holy Cross’ study abroad program.

Following her Fulbright, Butler plans to pursue a year-long research position in the United States or work for a public health nonprofit in South America through a Princeton in Latin America Fellowship, for which she is a finalist. Her long-term goals include attending medical school to obtain a joint M.D./M.P.H. and completing an OB/GYN or pediatrics residency with a fellowship in neonatology or maternal fetal medicine.

Butler was selected as valedictorian from a group of academically outstanding members of the senior class, each of whom submitted speeches for consideration. The Valedictorian Selection Committee — composed of senior students, faculty members and administrators — reviewed the submissions, and the final selection was made by Margaret Freije, vice president for academic affairs and dean of the College.