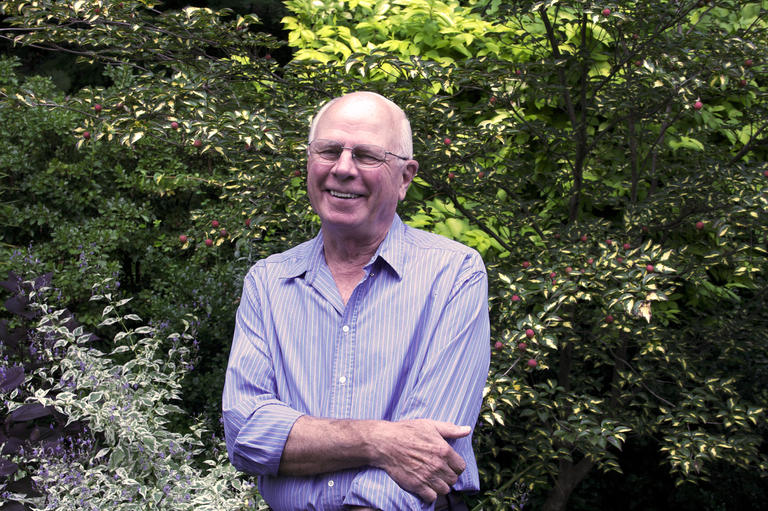 James Tellin: Drawn from Nature
Work from the 1990s to the Present

The Iris and B. Gerald Cantor Art Gallery at the College of the Holy Cross presents James Tellin: Drawn from Nature/ Work from the 1990s to the Present. The exhibit is the first in-depth survey of the Worcester artist’s work to be held in the region. It will be on display from Sept. 2 – Oct. 7, with an opening reception on Wednesday, Sept. 9 from 5 – 6:30 p.m.

Tellin was born in 1930 in New Jersey and studied art at the Art Institute of Chicago from 1948-50. He joined the U.S. Army in 1950, serving six months in Sendai, Japan, then resumed his studies and earned his B.F.A from the Art Institute of Chicago.  In 1956, he studied at the Yale Summer School of Art with printmaker Gabor Peterdi, and in 1958 received his M.F.A. from the University of Iowa. After living in New York City and Spain, Tellin moved to Worcester where he has resided for the past 48 years.

In collaboration with artist John O’Reilly he established and directed the Art Therapy Department at Worcester State Hospital from 1964-91. When Tellin retired from the hospital he began making wood sculpture full-time. His work has been exhibited regularly at the former Terri Priest Gallery in Worcester and at the Howard Yezerski Gallery in Boston. .

The exhibition will include a number of life-sized wall mounted abstract wood constructions made between 1991-98. In these pieces, the artist has joined together large planes of irregularly shaped plywood cutouts as geometric forms that protrude out from the wall in angles, suggesting crystalline-like rock structures or the granite outcroppings seen along highways throughout central Massachusetts. Tellin further emphasizes the nature of the wood grain by subtly staining and scraping the surface, resulting in luminous tones and shades of earthy blacks, browns, greens, and warm reds and yellows. Tellin cites the inspiration for his subtle juxtapositions of shifting flat planes and richly colored surfaces to his love and fascination with the formal qualities of the Japanese woodblock prints he first encountered as a young man serving in the military in Japan.

Recent sculpture by Tellin, dating from 1999 to the present, continues his use of hard-edged geometric forms, but with smaller, more complex three dimensional arrangements. These recent smaller-scaled sculptures are shown on shelves or presented directly on the floor. A second major shift in his work began in 1999 with the introduction of a more painterly approach to the wood surface and the use of bright shades of color to amplify form. The viewer’s eye is shifted around the complex compositions of flat planes, curves and linear form through the use of color in these toy-like constructions. Tellin’s work seems to draw inspiration from various sources, including the architectural collision of shape and color seen in the cityscape infrastructure of places like Worcester. We also see in this work the subtleties of tone, line and sometimes daring use of compositional space represented by the late 19th-century Japanese painters and printmakers.

On view at the gallery’s entrance will be an exhibition titled Ukiyo-e Japanese Woodblock Prints, Selections from the Collection of John Rossetti, which has been curated by artist James Tellin and John Rossetti. Rossetti, who began collecting Japanese prints in college, has been collections care manager and chief exhibition designer at the Davis Museum at Wellesley College for the past 16 years and is a former chief exhibition designer at the Worcester Art Museum. The exhibition features prints depicting a range of subjects created by Toyohara Chikanobu, 1838-1912; Konishi Hirosada, 1819-1865; and Kobayashi Kiyochika 1847 – 1915, as well as other artists of the mid - late 19th century.