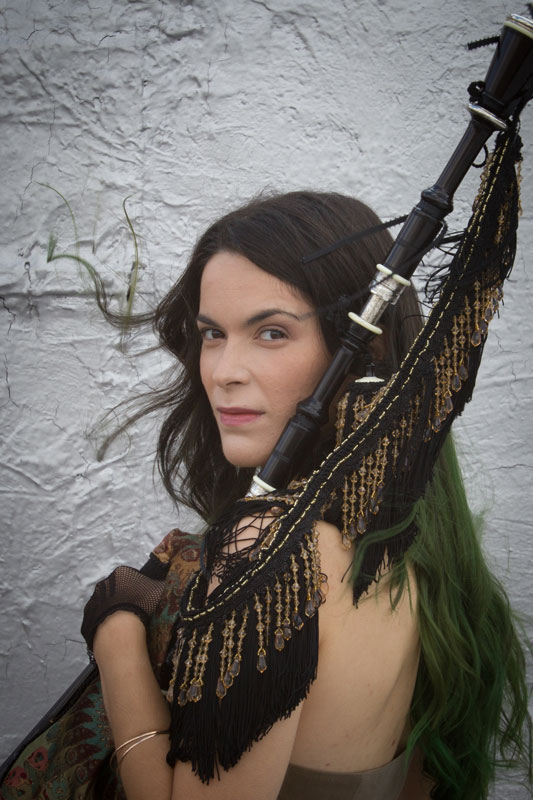 Hailed by The New York Times as “a virtuosic burst of energy” and by The Wall Street Journal as “one of the living masters of the gaita” Galician bagpiper, pianist and composer Cristina Pato enjoys an active professional career devoted to Galician popular and classical music and jazz, and her dual careers have led to performances on major stages throughout Europe, USA, India, Africa and China.

A pop star of the gaita in her native Spain, she moved to New York to attain her Doctorate and push her career in an entirely different direction. Cristina has combined her love of the gaita with an extraordinary blend of jazz and Latin sounds and her touring life includes a passionate commitment to education and cultural exchange.

Pato is a member of Yo-Yo Ma’s Silk Road Ensemble and a founding member of its Leadership Council, collaborating closely in tours and planning residencies, including the multi-year partnership between The Silk Road Project and Harvard University.

Cristina Pato holds a Doctorate of Musical Arts in Collaborative Piano from Rutgers University, where she studied with a fellowship from Fundacion Barrie de la Maza. She is the founder and artistic director of Galician Connection, a world music forum celebrated annually in Galicia.