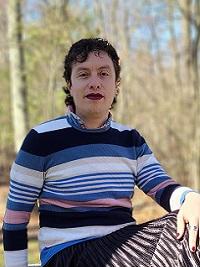 Dr. Alvaro Jarrín’s first research project explored the political economy of beauty in Brazil and its relationship to an unprecedented growth in plastic surgery, particularly in public hospitals.  They are the author of The Biopolitics of Beauty: Cosmetic Citizenship and Affective Capital in Brazil (University of California Press), which won the NECLAS Marysa Navarro Book Prize in 2018 and an honorable mention for the AFA Michelle Rosaldo Book Prize in 2019. The book examines how aesthetic hierarchies inform Brazilian body politics and play a central part in the production of racial, gender and class difference in that nation.

Jarrín’s second research project focuses on a new type of activism in Brazil that celebrates transfeminine and transmasculine subjectivities through the production of political art, including theater, spoken word, digital art, fashion, film, music and performance art. Known as artivismo [artivism], this form of activism purposely blurs the boundaries between art and politics in order to produce visceral reactions in the audience, and thus counter the politics of disgust of Brazil’s far right, which portrays LGBT identities as a threat to the nation. The defiant visibility of gender nonconforming activists, which Jarrín calls "visceral politics," demonstrates that affect is useful for both sides of the political aisle as they make claims of who should get access to citizenship.