The Natural World cluster considers the entirety of our Earth planetary system as a single, integrated organism — “Gaia.”  The relationship between humans and the rest of Gaia has always been dynamic and complex. The questions we will focus on this year ask how we can move forward, fostering a more positive relationship with the natural world, acknowledging our many privileges and exercising the power that comes with them for the benefit of the whole. To do so we need to reflect on where we’ve come from and where we are now, as well as to listen with empathy, learning how the relationships between humans and the natural world are forged. We also need to develop a better understanding of the complexities of our own nature and the nature that surrounds us, as well as the continuity that unites them. Can we then reimagine what it means to live good lives in accord with the needs of the rest of Gaia?  Where do we find the hope and empathy that will motivate us to do so?

The Rise of Modern Food (fall)

In this seminar, we will explore together America’s transformation from a nation of farmers to one of industrial food giants. Along the way, we will examine debates over diet and the meanings of “natural,” “modern,” and “pure” food through primary and secondary sources. Readings will include the Biblically-based arguments of the first vegetarians of the nineteenth century, Upton Sinclair’s 1905 exposé The Jungle, a history of modern milk production, and food advertisements that have attempted to convince consumers that one product is more “natural” than a competitor’s offering. We will investigate together how the history of American food production and consumption reflect much larger questions of gender, class, race, environment, and so much more than what is on your dinner plate.

The American system makes a lot of inexpensive food. But there are high hidden costs to this abundance, such as the plight of immigrant laborers or manure run-off from farms in Iowa slowly suffocating sea life in the Gulf of Mexico. In the spirit of a Jesuit commitment to forming “women and men for others,” our seminar discussions will explore alternative visions for what a more “natural” or harmonious food system might look like. We will make special use of contacts in greater Worcester and meet with representatives from local businesses and nonprofits who are leading the way. The semester will culminate in small group projects that offer one way we might make our food system better for all involved.

Embryos and the Race Myth (fall)

Developmental biology explores the fundamental principles that drive the beautiful variations in form that exist across species. Embryo development is shaped by intricate and complex cellular and molecular interactions, where even minor changes in these processes can lead to dramatic variations in the final mature body plan. In studying embryo development, we recognize the continuum along which variations in these body plans occur, as well as the obligation to use this knowledge to best help our communities. In the fall, we will start our exploration of embryo development. We will also explore the relationships between ancestry, genetics, embryos, and evolution to debase the myths surrounding the practice of grouping humans using minor differences in embryo development.

Science provides us with a knowledge base from which we can advocate for equity and inclusion within our communities. In the spring, we will explore how diverse body plans are generated in the embryo, from variations in limb development, to the role of neural crest cells in building facial features, to complex contributors of sex determination. We will examine how diverse body plans are generated on an evolutionary scale, as well as the ways in which the human body plan also develops along a continuous spectrum in the embryo, as well as in aging of the mature body form. Throughout these explorations, we will continue to examine the necessary role for advocacy and equity.

Me and the Environment (fall)

What kind of person should I be? What do I owe to others, and to myself? These two questions form the core of any ethics class, but we’ve recently added a third: What, if anything, do I owe to non-human others – to animals, living beings, the environment? Each section of this course begins with a traditional ethical theory – Mill’s Utilitarianism (concerned with pleasure and pain) and Kant’s ethics (concerned with respect)  – that was designed to answer the first two questions. Once we have it down, we’ll push on it to see what kinds of answers it gives to that all-important third question. We’ll test each theory against contemporary issues like factory farming, the new agriculturalism, animal use in medical testing, and anything else you bring up. Throughout, however, the emphasis will be on developing your own answers to those three questions. You’re not going to live your life according to other people’s answers.

The Environment and Me (spring)

We’ll continue to explore the ethics of our relationship to ourselves, human others, and the non-human others of the environment. We’ll still be working with our three questions, but now adding a fourth: what kind of role can those non-human others play in your own moral development? There’s no question that we affect the environment, but how does the environment affect us? We’ll be working with somewhat deeper, more holistic theories of human nature and the environment in this class – Aquinas’ natural law theory and Aristotle’s virtue ethics as well as Schweitzer’s reverence and Leopold’s ecocentrism – and we’ll move on to different, more complicated applied issues. In the end, though, it comes back to you: what do you believe?

Germans’ engagement with nature blossomed around 1800 during Romanticism and bore fruit almost two centuries later in the founding and subsequent parliamentary election of the Green Party. When Germany became the last European entity to coalesce into a nation in 1871, industrialization brought not only the shift from steam energy to electricity, but also the transformation of impoverished rural laborers into urban factory workers as well as democratic minded-activists. In this seminar, we will explore German countercultural movements that look to “Nature” and the countryside as means to escape urbanization, pollution, and modernization in order to recover psychological and physical well being. One natural resource in particular became a cultural, political, and economic symbol in these movements: the Rhine river. Together, we will investigate how this natural border between Germany and France, and trade route between the Alps and the Atlantic, eventually drew international attention from Greenpeace, providing the world with an exceptional environmental case study.

In 1919, shortly after WWI ended and Germany embraced democracy for the first time, Walter Gropius founded the fine arts and crafts school called the Bauhaus. Gropius’ students, with their diverse backgrounds, shared not only a multicultural experience but also lived with ecological concerns. In this seminar, we will explore the creative world of the Bauhaus. Gropius and his colleagues strove for a holistic approach in their design ideas for a new Germany and a new century. Bauhaus instructors taught their students mindfulness and, most importantly, encouraged their creativity by challenging them to make the most out of a piece of paper, and by staging theatrical happenings, as well as nature-oriented celebrations. Circle, triangle, rectangle, cylinder … the list of geometric figurations as design elements for costumes, furnishings, and buildings may seem limited but, as students will discover, the combinations proved endlessly pleasing, surprising, and visually challenging.

The American composer, John Cage, said, “I love sounds just as they are.” The way we experience sounds involves a relationship between our bodies as receivers of sound and the producers of the sound--a relationship built not only on hearing but also on listening. Hearing is the way our bodies experience sound; listening is what we do with those sounds and how we make meaning from them. Listening is a kind of empathy, allowing us to know our environment through its sounds. This course will explore how the relationship between humans and sounds is shaped by our surroundings, emphasizing how we come to learn about and to listen to our environment and to each other.

“Music is not a thing at all but an activity, something that people do,” says Christopher Small, who coined the verb “musicking.” How do people express, conserve, experience, and perform the environment through music? Building on our study of sound, we will consider how people communicate their relationship to their sonic environment through their musical creations, and we will explore the role music plays as a resource in shaping our understanding of and our relationship with the environment. Just by listening we participate in the ecology of the performer-listener-composer relationship. At a time of environmental crisis, music offers us an artistic way through which we can approach sustainability and activism.

A Google search for "tropics" turns up photos of pristine beaches; calm, cerulean waters; and lush vegetation. This image of the tropics—as distant lands of bountiful resources, untouched by human hands—can be traced through fiction, film, and visual art across the past several centuries. In this seminar, we'll explore notions of tropicality in Latin America and think critically about its portrayal in a range of media, from conquistador narratives to playful and subversive contemporary art. As we reflect on the appeal of these depictions, we’ll contrast accounts from within the region and beyond.

Fictions of the Future (spring)

The second semester of this course builds upon the first semester's focus on representing the environment and projects it into the future. Imagining the future is a key aspect of human experience, perhaps as important as remembering the past. From prophecy to forecasting, humans have developed complex strategies to engage with the ultimate unknowability of what is to come. This course will examine some of the modern cultural approaches and concepts (such as Utopia and dystopia) that have been used to imagine the future. Our particular focus will be how works of literature—ranging from speculative fiction to science journalism—attempt to imagine through writing the environment of the future as it will have been altered by global warming. Analyzing these representations will lead us to explore core questions about the nature of human flourishing in both the present and the future. 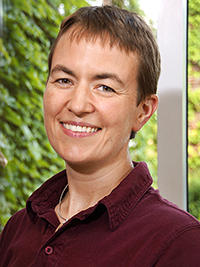