This year’s Global Society cluster will explore the theme of “Global & Local Hubs: Cities as Crossroads” from multiple perspectives and approaches, including creative writing, film, history, literature, theater and visual art. Together, we will examine the complexities and diversity of urban spaces as expressed by writers, artists, filmmakers, historians and scholars, through time and across the globe. Our seminars will cover a range of geographical regions including the Middle East, North Africa, Asia, Europe, Latin America and the United States, with a special focus on Holy Cross’ home city of Worcester. Global Society seminars will explore a variety of intersecting topics, including social and racial justice; the experiences of migrants, refugees and diasporic enclaves; filmic and theatrical representations of multicultural urban communities; systems and infrastructure that contribute to city life; street and public art as political practice; and the construction of identity through visual and literary narratives. Cluster co-curricular activities will encourage building new perspectives through dialogue, active listening and writing, as we reflect on our shared responsibilities as global citizens and in our own local urban community. Students in the Global Society cluster will also have opportunities to explore the Worcester area and to participate in the creative arts.

A Matter of Perspective

Are memories created by our experiences in physical spaces? Do spaces influence how you feel or make decisions? Learn and practice techniques in studio art to create two dimensional and three-dimensional works of art examining fictional and physical spaces. Experiment with different processes and media such as graphite, charcoal, light, paper, ink and various small tools to create drawings and forms. Gain exposure on how artists are using and have used the topic of space to communicate and create public works of art. Topics of reflection and inquiry focus on place, community, environment and social issues. Such topics will fuel your creative work.  This studio art course carries a $50 fee for course supplies. This course requires no prior drawing experience.

Do images tell stories or do stories inspire the creation of images? The spring semester starts with the introduction of the creation of narratives. We access the Nevins graphic novel collection for an in-depth study into the connection between visual imagery and text.  Building on the artistic skill set of the previous semester we practice different styles of drawing and create a balance between writing and drawing. Students explore their imagination through creative writing, build the inner voice and create and tell stories through drawing. This studio art course carries a $50 fee for course supplies.

What did Americans mean when they claimed the United States was founded as a “republic of liberty”? What did this liberty entail and who was entitled to it? In this seminar we will examine several chapters in late 18th and 19th century U.S. history in which Americans debated competing ideas about the nature of republicanism, democracy, and equality. These include: slavery and the abolitionist movement, westward expansion and Native American removal, and immigration and the making of a multicultural society. In each case, we will make global connections to similar movements beyond the United States, while also examining how cities have played essential roles in these struggles. This course entails a commitment to a Community-Based Learning project that involves volunteer work with organizations engaged in local social justice initiatives in the Worcester community.

Building on our work in the first semester, this course will examine how Americans wrestled with questions regarding democracy, equality, and justice in the 20th and 21st centuries and how these questions connected to similar concerns around the world. Topics include movements for economic justice, civil rights, LGBTQ+ rights, and peace, as well as related human rights struggles in Europe, Latin America, Asia, and Africa. Much attention will be paid to the life stories of people involved in these movements, especially the development of their self-awareness as members of an oppressed group and commitment to bringing about social and political change in the service of justice. As in the fall semester, we will continue to examine how cities and urban spaces have played an important role in these movements. This course entails a commitment to a Community-Based Learning project that involves volunteer work with organizations engaged in local social justice initiatives in the Worcester community.

In the past 200 years, humans in unprecedented numbers relocated to cities around the globe. While urbanization and the emergence of mega metropolitan centers are the hallmark of modernity, the city as a site of human habitat has existed for thousands of years. In this seminar, we will explore the histories of cities from antiquity to late modernity, from Rome of Julius Caesar to colonial Bombay, 20th century Cape Town and Worcester, Massachusetts (among many others). What makes people want to build and live in urban environments? How do cities sustain themselves? What kind of unique cultures emerge in the city? We will explore themes such as marginality and struggle, crime and policing, race and gender perspectives, and globalization and capitalism.

Cities & Societies of the MENA (spring)

The Middle East has had a long history as an urban civilization. From the ancient city-states of the Hellenic world to early Islam’s Mecca and Medina trade centers of Arabia. In the modern era, rapid urbanization impacted the region and cities often became the intersection of European imperialism, global capitalism and emerging nation-states. This seminar will explore the rich urban cultures and histories of the Middle East and North Africa, from the Prophet Muhammad’s Medina, to the port cities of Jaffa and Beirut, the holy city of Jerusalem, and revolutionary hubs such as Tehran (Iran) and Algiers (Algeria). We will explore these multifaceted histories through the lens of religion, colonialism, class and race. Using primary and secondary sources, films, art and literature, this seminar will introduce us to the everyday life and urban cultures of the region that transcend stereotypes of “forever war” and religious conflict.

Tropical beaches? Spicy tacos? Mega cities? Merengue dancing? Narcotrafficking? What do you think of when you hear “Latin America"? In this seminar, we will explore cinema from and about Latin America to expand our understanding of this culturally diverse region comprised of more than twenty countries and territories. Together, we will examine topics such as gender, identity, displacement, migration, politics, and memory through the lens of films by Latin American screenwriters and directors. Students will gain experience in film analysis, learning how to articulate the relationship between content and artistic form. Through this cinematographic encounter, we will begin to see and understand Latin America in a new way.

We will begin the spring semester with a role-immersion game, The Prado Museum Expansion: The Diverse Art of Latin America, that introduces a wide range of movements and styles present in 20th through 21st century Latin American art. In what ways do Latin American artists dialogue with European, African, and indigenous aesthetic traditions? What are the implications of framing paintings as “art for art’s sake” versus creating art for political purposes? How do gender, ideology, and race interface with artistic production? Students will perform close readings of art works with a focus on the formal elements of painting and will hone their public speaking and argumentative writing skills. We will also explore public art in 20th and 21st century Latin America. Together, we will document and share different examples of public art in our communities and participate in the creation of a public art project.

Routes of the Heart (fall)

Is human connection possible in the context of the alienation we often suffer in the city? The experience of love and union has frequently incited artists to create great works. In this seminar, we will explore numerous forms of artistic innovation from the Hispanic world including poetry, fiction, theater, film, visual art, and performance. Primary sources will inspire us to delve into the themes of isolation, conflict, and wholeness. A sampling of texts includes works by García Lorca and the Generation of ‘27, Neruda, Paz, Lope de Vega, Sor Juana Inés de la Cruz, and others. Performance, improvisation, and public speaking will have a central role in the course. No previous acting experience is required.

In this seminar, we will read one of the most important novels of all time, Don Quixote by Miguel de Cervantes, as well as a post-Civil War novel by Rodoreda, In the Time of the Doves. The consideration of the meaning of self, self-expression, and identity will form the foundation of our explorations as we probe universal questions such as the nature of truth versus fiction, madness versus sanity, and self versus society. Performance, improvisation and public speaking will have a central role in the course. No previous acting experience is required.

Despite being a uniquely American folklore, superheroes are often tasked with “saving the world” from a variety of possible global apocalypses. Additionally, many of these iconic US pop culture figures are themselves not American, but symbolic ambassadors from other worlds or nations. Therefore, this course will explore these potential contradictions by returning the comic book origins (and early reboots/revisions) of many of geekdom’s most iconic superheroes, such as Superman, Wonder Woman, The X-Men, and The Avengers. The course will closely examine their narrative content while also contextualizing them alongside the global politics in which they arose via lectures, group discussion, as well as individual research projects and presentations.

Superheroes have begun to appear in multiple forms of media across the globe, and many of have had their mythos or classic stories updated or revised in response to new global challenges and changing reader demographics. Moreover, other countries and cultures are beginning to create their own versions of superheroes: the Russian film Guardians, the Japanese sensation My Hero Academia, and the Spanish parody Superlópez, to name only a few. Therefore, this course will examine international versions of superheroes alongside updated versions of American characters, such as Miles Morales/Spider-Man, The White Lantern, House Of X, and The Ultimates, and ask the question of what it means to be a superheroic ambassador in the global 21st century. 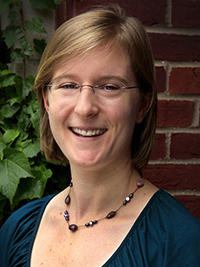