The Quest for Meaning in a Disconnected World

Seemingly overnight, the COVID-19 pandemic put a stop to many things we had always taken for granted—among them, the ability to mingle freely with others. In the wake of that interruption, courses in this cluster will explore connections that shape our human experience and sense of life’s meaning. How are we formed by the associations we create or are simply born into: to other people; to art and culture; to our planet; to God? Leaving home, charting our own path, interrogating our values, questioning our faith—all are forms of disconnection that also shape who we are and invite creative reconnections to what matters to us most.

The Core Human Questions seminars will ask, “How do we reconnect and find meaning in a chaotic world?” Our cluster will think together about how best to reconnect with others and renew our search for life’s meaning in our daily reality. We will read texts, watch films, look at art and in different ways investigate what it means – and how we might regain that ability – to find meaning in our interactions with others.

In this year-long course, we will study works of modern literature that engage with such questions as: How should one live a fulfilling life? What ethical responsibilities do we have to our family, community, country, and planet? Our literary readings will be complemented by works of philosophy that take up similar concerns. In the fall, we will begin with the personal and local, discussing how the individual might find a satisfying path through life (and reading fiction by Virginia Woolf and Albert Camus). We will then move to the national level, considering one’s responsibilities in confronting injustice and discrimination (and reading work by Richard Wright, Jesmyn Ward, Martin Luther King, Jr., and Malcom X).

Engaging with the Unfamiliar (spring)

In the spring, we will shift our focus to the global. Here, we will begin with a unit on how we might engage ethically with people who come from cultures very different from our own and hold very different values than we do. We will read fiction by Teju Cole and W.G. Sebald, alongside the philosophy of Kwame Anthony Appiah. Finally, we will broaden our focus to include non-human animals and consider what responsibilities we might have to them. Writers and thinkers studied in this final unit will include Peter Singer, J.M. Coetzee, and David Foster Wallace.

When we talk about existence, we mean a state of radical freedom undetermined by supernatural beliefs and entities. So Christian existentialists, that is, Christians committed to this view of existence, seek to rewrite traditional Christianity, treating it not as a set of impossible beliefs imposed by God but as a free decision to grow in a certain way. But what can it possibly mean to be a Christian without creeds, without miracles and without God in the usual senses of those words? Take the course to find out! We will consider several Christian existentialists, including Pascal, Kierkegaard and Dostoevsky. We will watch the movies Hiroshima Mon Amour, The Third Man, and Breathless.

We now turn to atheist authors who delete God and Jesus Christ from existence. We begin with the “New Atheists” who reject a caricature of theism. Next we consider a variety of serious arguments against theism. But theism isn’t just a matter of mere logical argument, so we must also consider theologically literate atheists such as Feuerbach and Nietzsche who strike at the existential heart of Christianity. Finally, and surprisingly enough, we will turn to the Bible itself, to The Book of Job, for an analysis of the absence of God and for a critique of religion that do not lead to formal atheism. We will watch the movies 21 Grams, 2001:A Space Odyssey, and The Seventh Seal.

For many centuries, the stories we have often used to define ourselves have revolved around familial relationships. In the first semester, we will engage a range of sources—ancient, modern, and contemporary—to explore foundational family myths and their literary representations. Examining ancient accounts (Zeus, Oedipus, Demeter and Persephone, Abraham and Isaac, Cain and Abel) and their modern interpretations, we will analyze drama, fiction, and film driven by interfamilial conflict and disconnection, from Shakespeare’s Hamlet to Francis Ford Coppola’s The Godfather and Greta Gerwig’s Lady Bird. Throughout the semester, students will develop their critical reading and writing skills by undertaking a range of short and longer analytic writing assignments, including a film review.

In the second semester, we will turn to personal essay, memoir (including Fun Home, a graphic memoir by Alison Bechdel), and documentary film to investigate what happens when family stories emerge directly from lived experience. Asking how contemporary writers and filmmakers reuse and reshape the foundational myths we explored in the first half of the course, we will examine how these non-fictional narratives become a means of exploring the teller’s own identity, including issues of gender, race and ethnicity, class, and sexuality. Over the course of the semester, students will also have the opportunity to explore and tell their own family stories through a series of creative writing exercises, culminating in an extended personal narrative.

We will read the Iliad of Homer and the Aeneid of Virgil to explore and discuss the conflicts that trigger war and how crises are resolved (or not) in war. Each work offers multiple perspectives on war, glory and death as revealed in a wide variety of battle scenes and family encounters. Analysis of rhetoric in Homer will enhance our understanding of the power of persuasion in all the works we read. We also will learn about visual representations of these works from antiquity up through contemporary art. Selections from Jonathan Shay’s book, Achilles in Vietnam and films such as Night and Fog and Europa Europa will be integrated into this course.

Does war really end for heroes? What does “homecoming” mean for them? What happens when refugees from war must seek out a “new” home? Are they continually haunted by trauma, dreams, and memories that affect their sense of their identity? How do they transform the past into stories? Has their perspective on “glory” changed? To begin to grapple with these questions, we shall read the Odyssey of Homer, the Oresteia (a trilogy of Greek tragedies) of Aeschylus, the Ajax of Sophocles, and the Aeneid of Virgil.  Jonathan Shay’s Odysseus in America: Combat Trauma and the Trials of Homecoming, and films such as Le Retour de Martin Guerre and Cold Mountain will be integrated into the course.

From Faith to Fantasy (fall)

This year-long course will traverse the historical period from the beginning of the thirteenth to the beginning of the seventeenth century, starting with Francis of Assisi and ending with Francis Bacon. In the first semester we will explore how the scholastic focus on faith and man’s relationship with God opened up for the incredible flights of imagination and the rebirth of humanism and naturalism. Our readings this semester will include the writings of Francis of Assisi, selections from Thomas Aquinas, the poems of the troubadours, Dante’s The Divine Comedy, the legend of the Holy Grail, and Nicolas of Cusa’s Of Learned Ignorance.

From Fantasy to Fabrication (spring)

Continuing our discussions from the first semester, we will examine how new and imaginative explorations in all areas of human experience led to the fascination with artifacts, the advent of technology, and attempts to recreate the world in the image of man. We will begin by studying the notebooks and works of Leonardo da Vinci (in comparison to Raphael, Michelangelo and Botticelli), Ficino’s writings on imagination, Erasmus’s The Praise of Folly, Shakespeare’s Romeo and Juliet, and selections from Francis Bacon’s The New Organon. During this semester, we will visit the Isabella Stewart Gardner Museum in Boston. 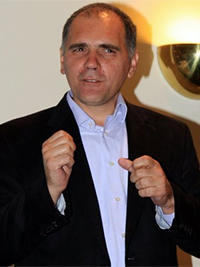