Our theme for this year is “Knowledge, Facts, and Power.” The stakes involved in how we know what we “know,” how feelings, “facts” and language affect our decision-making, and whether power stems from expertise or undermines it have been particularly high in the last few years. What is the difference between a “fact” and an “opinion”? Is expertise dead? How can powerful people use language to influence our perspectives?  How do people seeing the same “facts” come to different conclusions, and how does a person’s possession of power, or lack of it, affect her interpretation of “facts”?
Our seminars address how schools reproduce or challenge societal norms through the knowledge they privilege; how statistics are interpreted and the assumptions underlying mathematical modeling; how portrayal of infectious disease in literature and film reflects both science and cultural landscapes; how emotions can be both an object and a source of knowledge; how policymakers use language to promote their visions of, and “facts” about, American foreign policy; how perceptions of Islam and of Muslim-majority countries affect U.S. domestic and foreign policy, and how colonial knowledge of India and selective narratives of U.S. race relations, produce peculiar forms of forgetfulness about these pasts.

Knowledge from the Macabre (fall)

Fear within a viral “hot zone” will influence decision-making. Under these circumstances how does the essential scientific endeavor instill a calm and measured approach? What can we learn about the science of infection? How is an emerging virus identified and then countered during these conditions? What are the ethical concerns of trying to save lives under these extreme public health emergencies? We will explore how data are collected and these questions are answered in the midst of pandemics. Specifically, we will use literature and film to examine the science behind some of the pathogens that have threatened humanity throughout its history.

Pandemics and epidemics have shaped history and have invariably led to social, political and cultural changes. These unique historical moments can also highlight inequities, prejudices and inequalities as peoples and governments struggle to adequately and effectively respond. The varied responses may also foster malignant conspiracy theories and create opportunities for the spread of damaging misinformation. We will examine the impact of several epidemics on the evolution of society and the long-lasting consequences of events and decisions made in the backdrop of these public health crises. Our focus will be on the impact on science, both as a discipline and its relationship to society.

The Social Life of Feelings (fall)

What are emotions, where do they come from, and what do they do? When we feel cheerful or embarrassed or angry, we often attribute these emotions to the internal workings of our own minds. But what if we thought of our emotions not just as internal moods or sensations, but rather as socially constructed feelings that have real social effects? How do we learn which feelings to feel and how to express, suppress, or even commodify them? In this seminar, we will examine the way emotions are socially constructed in the private spheres of the body, the home, and the family, paying careful attention to the intersections of race, class, gender, and sexuality.

The Politics of Emotion (spring)

Critics argue that we now live in a ‘post-truth’ era where feelings, not facts, are the basis for political action. We will interrogate this claim by exploring the role emotion plays in the public sphere and the kinds of emotional investments people make in their local, national, and global communities. Our aim will be to understand how our individual experiences of love, happiness, fear, pride, or shame are intertwined with broader structures of feeling at the national and global levels. Using the concept of “affective citizenship,” we will explore how emotion circulates in the political contexts of national citizenship, social activism, and globalization.

Time magazine compared Gandhi to influential twentieth-century figures like FDR and Albert Einstein, calling Gandhi the single most important figure in the “crusade for civil rights and individual liberties.” How did Gandhi become such a central figure in the global struggle for human dignity? What was persuasive and effective about his method of nonviolence that brought down the British Empire in India? How did his strategies become a grammar of resistance for the various anti-colonial struggles around the world? In this seminar, we will explore together these questions and seek to understand how Gandhi grappled with local and global structures of power as he sought to build an ethically and morally just society in India.

Dr. Martin Luther King, Jr., who had never met Gandhi, was nevertheless deeply influenced by the “truth force” that was the lynchpin of Gandhi’s non-violent political philosophy. King particularly connected Gandhi’s “truth force” with Christian teachings to argue that it was possible to oppose non-violently the evils of racism without opposing those committing evil. In doing so, King made religious faith and moral considerations inseparable from his visions of justice. In this seminar, we will examine in-depth how King deftly interlinked non-violent political praxis, Christian doctrine of love, and various American political traditions of civil disobedience to make a powerful case for an inclusive democracy in America.

Living in a Muslim World

How does religious identity shape the political activism and social life of Muslim youth? We will use ethnographies, social science analyses, graffiti and music videos from two democracies – the U.S. and Indonesia – and two authoritarian regimes – Egypt and Saudi Arabia -  to answer questions including: how do community expectations affect Muslim youth as they date, write hip-hop songs, and play football in Michigan and New Jersey? How did Egyptian youth participate in anti-government demonstrations during the “Arab Spring”? Why have more young women started veiling in Indonesia since the country became a democracy? Why do Saudi male youth express dissent by drag racing, and how did young Saudi feminists campaign for the right to drive?

This seminar examines the reasons for, and conduct of, wars in Afghanistan, Iraq, Syria, and Yemen. Is religious and ethnic conflict in these countries long-standing or relatively recent? (What) do Americans owe refugees of these wars? We will also trace the wars’ domestic effects.   Before 2001 American wars were fought by U.S. soldiers and financed by budget cuts and tax increases; now they depend in part on unprecedented numbers of private contractors and are funded by debt payable by future generations. Are  these smart financial decisions,  and do they hide the full costs of war? Does recycling military hardware used in Iraq and Afghanistan to U.S. police departments make American cities safer?

Data to the Rescue? (fall)

Have a problem to solve? Let’s collect some data! If only it were that simple… How can we collect “good” data? Who owns the data? What types of questions can we answer? And which ones can we not? However, good data is worthless if you can’t also properly analyze it and communicate your findings with others. In this course we’ll look at data and consider questions related to clinical trials, public polling, and the 2020 Census. What does the data tell us? Are the conclusions reasonable? Can we even “trust” the data?

Hidden in plain sight, mathematical models are often used to help people navigate an increasingly complex world. Do you need directions? Or a recommendation for a movie? There’s a mathematical model waiting for you! However, these models are only as good as the assumptions used to create them. As George E.P. Box once said “all models are wrong, but some of them are useful.” In this course we’ll look at how simple mathematical ideas can be used to model the world we live in and the assumptions that are built into these models.

Who is “a good student?” In this seminar, we will examine conceptualizations of the “good student” that include not only academic achievement, but also self-reflection, empathy, perspective taking, open-mindedness, ethical and moral decision making, participation in civic life, and contribution to the common good. We will also attend to the social construction of “the bad student.” What is meant – and what is missed – when students are labeled as troublemakers, unmotivated, and struggling? This seminar will encourage participants to reflect upon the students they aim to be as they begin their college journey, as well as their hopes for student development in the kindergarten through twelfth grade public school system.

What is a “good school?” In this seminar, we will examine conceptualizations of the “good school” that include policy, curriculum, physical plant, culture, and relationships. We will explore what is meant by, and the implications of, labeling and attending schools that are perceived as “good” or “bad” on both students and society as a whole. We will also discern how language and power influence our assumptions and beliefs about schooling. This course will encourage students to reflect on their own perception of schools, how attendance at their own k-12 schools impacted their sense of self and what they know, and what types of schools they hope society will provide for future generations.

The Shining City Upon Hill

The United States often faces tough choices when making foreign policy. Often, these choices involve a key tension between fulfilling idealistic goals, like spreading democracy, and the “national interest,” such as enhancing security. Choosing and distinguishing between them is not easy: sometimes no choices are made and sometimes appeals are made to one to justify the other. How are those choices made? How does the identity of the United States factor into the decision making? With readings covering the spectrum of American history, this course will define these two poles, discover the source of the United States’ identity, and try to answer these questions: when, where, and how can we decide?

In the previous semester we learned of and defined the choices that the United States makes between ideals and the national interest. Now, we put what we’ve learned into action. Through seminal events in American foreign policy making, we attempt to answer the following questions – which principles guided that action? How did those decision makers make that decision? And how did their decision ultimately affect the American political community? We will examine events including: American “interventions” in Latin America, the War on Terror, American responses to international human rights crises, and other defining events from across American history. 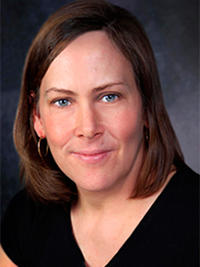