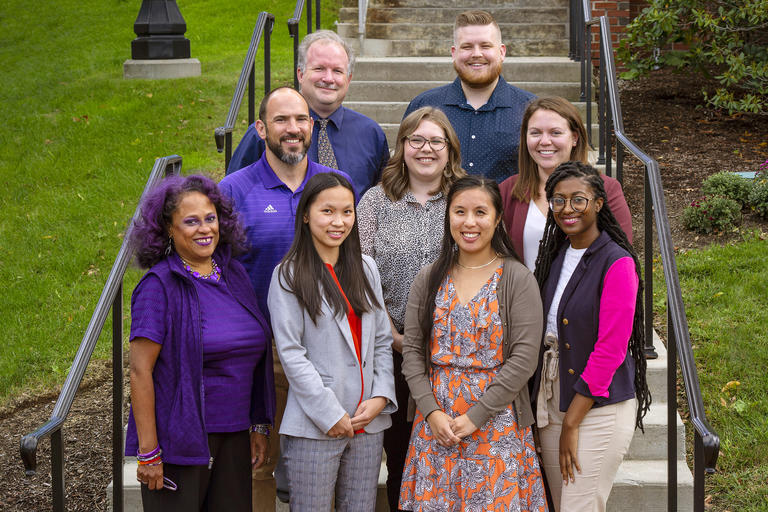 Please submit your comments or questions to Residence Life at reslife@holycross.edu, call us at 508-793-2411, or stop by our office in Hogan 122. 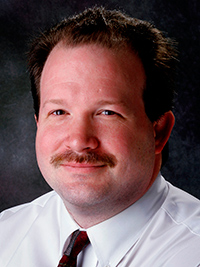 After receiving his B.S. in sports medicine and M.S. in human services from Keene State College, Dean Coolbaugh entered the residence life field full time. He has served as a Resident Assistant, Assistant Resident Director, Family Manager, Hall Director, Area Coordinator, and completed four years as an Assistant Dean of Students at the College of Saint Elizabeth, before coming to Holy Cross. Dean Coolbaugh is an avid chef, a fervent marine reef aquarium enthusiast, a student of architecture, and loves sailing. 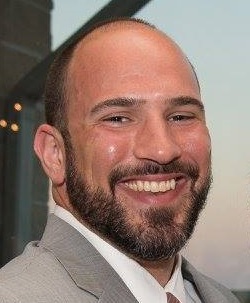 Ryan joined Holy Cross during July of 2015 and has worked in Residence Life since becoming an RA as an undergraduate at the University of Massachusetts Lowell, where he earned a Bachelor of Arts in English: Creative Writing and a minor in Psychology. While at Northeastern University, Ryan earned a Master of Science in College Student Development and Counseling. Ryan's career in Student Affairs has taken him across the country and to a variety of institutions including Simmons College, University of California Riverside, University of Rhode Island, and Walnut Hill School of the Arts. A proud Massachusetts native, Ryan is a huge fan of the B's, C's, Pats, and Sox. Ryan has dedicated time to fantasy sports, kayaking, sailing, and coaching the Holy Cross Men's Rugby Club. 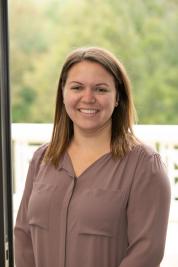 Caitlin is a proud alum of the Holy Cross Class of 2013. During her undergraduate years, Caitlin spent three years as a Resident Assistant while earning a Bachelor of Arts in English, concentrations in Creative Writing and Peace and Conflict Studies. Caitlin then continued her interest in Higher Education and Student Affairs while earning her Masters of Education in Student Personnel Administration at Springfield College. Prior to returning to Holy Cross, Caitlin spent six years working in Residential Life at Assumption University in Worcester. She is proud to call Worcester home, spending lots of time exploring new restaurants in the city and local trails to walk with her Goldendoodle Finnegan. 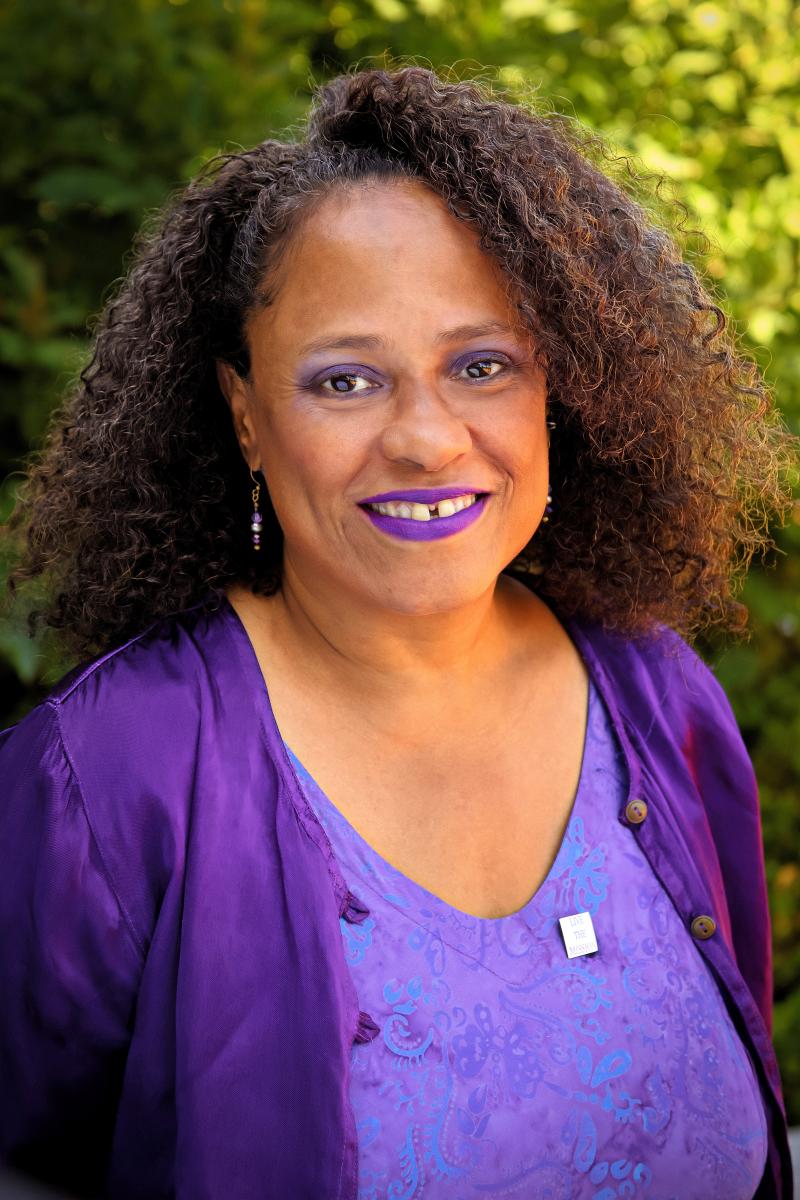 Raquel started at Holy Cross in February 2016 in Kimball Dining Hall as the on-call pasta person. In May 2016 she transitioned to an administrative floater and worked in various departments here at the College. In October 2018 she was hired full-time as the Admin. for Residence Life & Housing. She received a Bachelors of Science in Art and Interior Design from Atlantic Union College, a Seventh Day Adventist Liberal Arts School, in South Lancaster, MA. Raquel is an old soul. Her favorite time periods are from 1890-1940: The Gibson Girls of the 1890s, the Flappers of the 20s -30s and Pinups from the 40s. She loves black and white movies especially, Talking Precode, ones from 1929-1934. She enjoys all types of music but is drawn to anything Celtic. She likes to read, write, paint, draw and watch NFL/college football.

Marissa (she/ her) is a proud alum of the Holy Cross Class of 2016. During her time in undergrad, Marissa earned her Bachelor of Arts in English and a minor in Chinese, while staying involved in various clubs and student organizations including Running Club, The Writer's Workshop, working at Cool Beans, and being a COPE member. Prior to returning to Holy Cross Marissa worked in Boston as a paralegal for a few years before pursuing her interests in higher education. She is now working toward a master's degree in English at the Harvard Extension School where she may further her interests in studying literature that addresses the varied lives of individuals and the social structures that shape identity, especially in regards to ethnicity and race. She hopes that in pursuing her graduate studies she may serve as a resource and support from an analytical and social justice lens toward students while encouraging diversity and equity that make for an inclusive and welcoming environment. 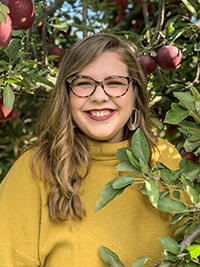 Hanna (she/her) joined Holy Cross in June 2021. She is a New Yorker at heart, having grown up on Long Island before moving to the south coast of Massachusetts. Hanna was an active student leader throughout her undergraduate career at Westfield State University, where she received her Bachelor of Arts in Fine Art before taking on professional roles in orientation and residential life. Hanna moved onto a graduate fellowship at Merrimack College, where she worked in the Office of Student Involvement on orientation and leadership development while earning her Master of Education in Higher Education. It is Hanna's belief that students are most successful when they feel connected to their institution, and that connection can be easily built by faculty and staff who are committed to mentoring students. To Hanna, residence life feels like the most impactful way she can connect with students, cheer them on, and guide them as they navigate college and beyond. When she's not working, Hanna enjoys listening to true crime podcasts, painting and practicing calligraphy, and hanging out with her cat, Tony Pajamas. 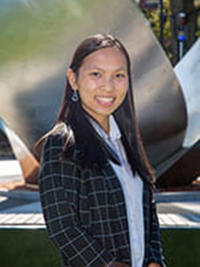 Jasey (she/her) joined Holy Cross in August 2021. Jasey grew up in New Hampshire and moved to New York to earn her Bachelor of Science degree in Education from Skidmore College. At Skidmore College, Jasey found her interest in residence life, working in various different roles as a Resident Assistant, Head Resident Assistant, and Student Office Worker. Jasey then perused a Master’s degree in Higher Education from Providence College in Rhode Island while working in Residence Life as a Hall Director. Outside of Residence Life, Jasey enjoys cooking and spending time with her Havanese Ella Bella. 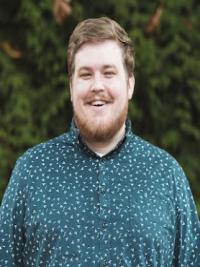 Wesley joined Holy Cross in December 2020 and has worked in Residence Life since becoming a Resident Assistant at Crown College where he earned his Bachelor of Arts in Communications. Wesley has gone on to earn a Master of Arts in Higher Education Administration from Louisiana State University and has worked professionally in Residence Life in both Washington State and Ohio prior to coming to Holy Cross. Having lived in 7 states and 2 countries, Wesley loves to travel and explore the world around him, especially through the mediums of food and film. In his free time, you can find him spending time with his lovely wife, Emily, and their dog Ladybird.