The chaplains are honored to be a part of the ongoing spiritual development of the Holy Cross community. Please contact us for more information about our programs or to have a conversation about your faith or personal concerns. 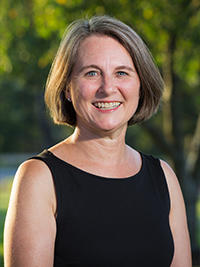 Director of the Office of the College Chaplains
mkearns@holycross.edu

Marybeth Kearns-Barrett has been a chaplain at Holy Cross since 1991 and serves as the director of the office. She also coordinates the Post-Graduate Volunteer Fair and advises students interested in full-time volunteer work following graduation in programs, such as the Jesuit Volunteer Corps.

Marybeth serves as one of the directors for the Spiritual Exercises. She offers individual pastoral counseling and spiritual direction. Over the course of her time at Holy Cross, she has worked extensively with gay, lesbian, and bisexual students and survivors of sexual assault. Marybeth also serves as a Saori site coach for the Holy Cross Saori Weaving Partnership which offers students an opportunity to practice the contemplative art of Saori Weaving.

A Holy Cross graduate of the class of 1984, Marybeth received her Master of Divinity from Weston Jesuit School of Theology in 1990. 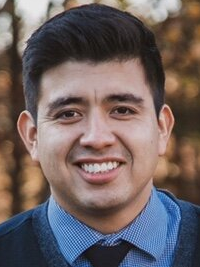 Originally from Veracruz, Mexico, Luis moved to the United States six years ago as he continued to seek his vocation. He will complete his Master of Divinity this year. Luis has worked in several pastoral settings, which have deepened his appreciation for diversity.  Prior to joining Holy Cross, Luis worked as a graduate assistant for the Roche Center for Catholic Education at Boston College where he discovered his passion for “unending learning” as well as the Formación Continúa program offered by Boston College School of Theology and Ministry. Luis enjoys planning and celebrating liturgies and having meaningful conversations about the ways that God is at work in our lives. A proud Latino himself, Luis loves sharing in the love, family, friends, food, music, and spirituality that are at the heart of Latinx ministry. Luis lives in Natick with his wife, Meghan. 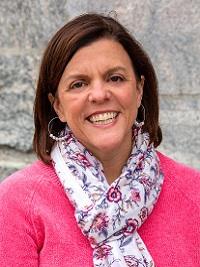 Meg Fox-Kelly has been a chaplain at Holy Cross since 2005 and serves as the director of the retreat program. Meg has worked as a high school religion teacher and campus minister before coming to Holy Cross. Meg works closely with the retreat teams and oversees the logistics and details of the various retreat programs. In addition, Meg facilitates the LGBTQIA+ group and offers individual pastoral counseling and spiritual direction.

A Holy Cross graduate of 1999, Meg received her Master of Divinity from the Weston School of Theology in Cambridge, Massachusetts. She is married to Marty Kelly, and they live in Shrewsbury with their three sons, Kieran, Sean and Conor. 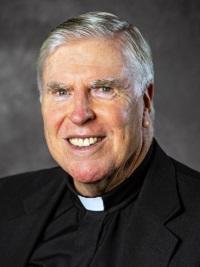 Fr. James Hayes, S.J. graduated from Holy Cross in 1972, served for three years in the U.S. Navy and entered the Jesuits in August 1975. Fr. Hayes has a master's degree in philosophy from Gonzaga University, a Master of Divinity from Regis College of the University of Toronto, a Licentiate degree in Theology from the Jesuit School of Theology in Berkeley, and a master's in pastoral counseling from Loyola College of Maryland. Fr. Hayes spent four years in Jamaica teaching and doing pastoral ministry. He served as chaplain at Fairfield University from 1987-1992, and associate chaplain at Holy Cross from 1995-1999. From 1999-2004, Fr. Hayes was director of vocations for the Society of Jesus of New England. Fr. Hayes is the founder and first chair of the College's Mission and Identity Committee. 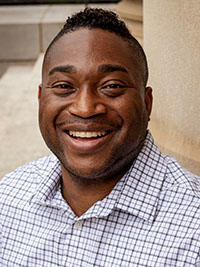 Rev. Dr. Marcus Hill joined Holy Cross in 2021. A native of Los. Angeles, Dr. Hill has served in multiple ministry positions across the country as an interdenominational minister, including the youth director at St. Luke's Episcopal Church in Long Beach, California, Community Presbyterian Church in Celebration, Florida, Dean of Spiritual Life at Los Altos Christian Schools, and the Next Generation Pastor at Free Christian Church in Andover, Massachusetts.

In addition to pastoral ministry, Dr. Hill's passion for college students led him to serve as an Interfaith Chaplain at Cal State University, Long Beach, a resident director of first-year students at Tufts University, and an area coordinator at Simmons University.

As a first-generation student, Dr. Hill holds a Master of Divinity from Azusa Pacific Seminary; a Master of Higher Education from Boston University, and a doctorate in pastoral counseling from Gordon Conwell Theological Seminary. Dr. Hill is an ordained missionary Baptist minister and currently serves as the director of Christian education for the Belmont-Watertown United Methodist Church. 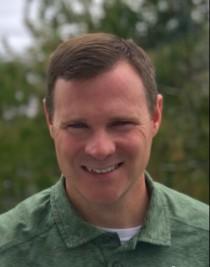 Marty Kelly is a native of Worcester. Marty began his work at Holy Cross in 2007 after various experiences in parish, high school, and college ministry. Marty's primary responsibility is to advise Student Programs for Urban Development (SPUD), which facilitates student engagement with our neighbors in Worcester through both direct service and social action. The SPUD program includes more than 500 committed students and serves over 40 diverse sites in Worcester.

Marty is a graduate of Stonehill College and holds a master's degree in theological studies from Weston Jesuit School of Theology. He is married to Meg Fox-Kelly, and they have three sons: Kieran, Sean, and Conor. 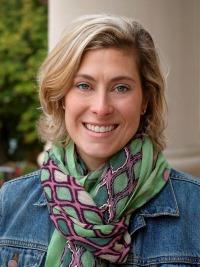 Laura Nelson joined the Chaplains Office in October 2019, She studied geology at Hamilton College in upstate New York and worked in the fashion industry for many years in New York City. To explore her longstanding passion for baking, she attended the French Culinary Institute and earned her pastry arts certification. After relocating back to her beloved home state of Massachusetts in 2014, Laura combined her passions for health and wellness and food to become a personal chef. Her primary focus is on healthy menu planning and meal prep for her clients as well as catering to food allergies and plant based nutrition. As hospitality coordinator for the Chaplains' Office, Laura brings her passion for food and serving others to her role. She oversees and mentors the student cooks and bakers, menu plans for luncheons and dinners and, handles the room bookings at the Campion House. Laura lives in Princeton with her husband, two children and a plethora of animals. 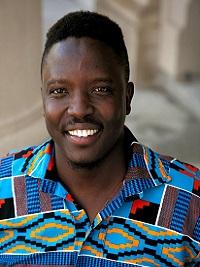 Before joining Holy Cross as assistant chaplain with special responsibility for outreach to athletes, Omondi taught theology at Providence Cristo Rey High School in Indianapolis. He also taught and served in other Jesuit missions in Kenya, Tanzania, South Sudan and Uganda as an educator and a missionary. Omondi holds a master’s degree in educational psychology from the University of London (IOE) and another master’s degree in theological studies from Boston College. He is married to Izabela Omondi. Omondi, Izabela, and their children Austin and Natalia live on campus in Brooks-Mulledy Hall where they serve as chaplains-in-residence. 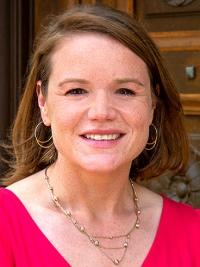 Emily Rauer Davis joined the Chaplains' Office in 2014 after moving back to Massachusetts from the West Coast. A 1999 graduate of Holy Cross, Emily spent a year with the Jesuit Volunteer Corps before completing her Master of Divinity degree at Weston Jesuit School of Theology. Her previous work in ministry has involved both high school and college campus ministry, young adult spirituality programming, and faculty/staff formation. Emily works with a team of student leaders to coordinate trips across the United States over fall and spring breaks, and facilitates pre- and post-immersion reflection and spiritual formation. She also assists with liturgy and retreats and enjoys meeting with students for spiritual direction.

A native of Syracuse, New York, Emily currently lives in Natick with her husband, Andrew, and their two sons, Michael and Peter. 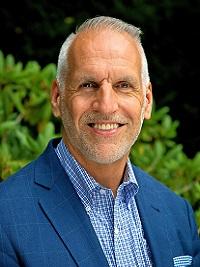 Director of Liturgy and Music
lrosania@holycross.edu

Laurence Rosania, a first-generation college graduate and Philadelphia native, received his B.A cum laude from Yale College and an M.A. in Spirituality from Fordham University, with additional study at the Accademia Musicale Chigiana (Siena, Italy) and the College of Music, Temple University. As director of liturgy and music, he is responsible for the liturgical ministries of the College and all major campus liturgical celebrations. As a liturgical composer, his music is sung throughout the USA and abroad. It is published and recorded by OCP and World Library Publications, and appears in numerous resources including Breaking Bread, Glory and Praise, JourneySongs and Thánh Ca Dân Chúa.

He has served at three historic New York City churches including the Jesuit Church of St. Francis Xavier, St. Paul the Apostle (Founding Church of the Paulist Fathers), and the Capuchin Church of Holy Cross-St. John the Baptist. He was artist-in-residence at the Interfaith Center of C.W. Post/Long Island University, and is known for his workshops and retreats in the Psalms and Gregorian chant. His commissioned work for churches and schools includes a recent premiere at the National Shrine of the Immaculate Conception, Washington, D.C.

Laurence has served on the Board of Directors of the National Association of Pastoral Musicians /New York, and is an active member of Mensa International.

His career in New York City comprised work as conductor, teacher, accompanist, recording artist, and performances in venues including Carnegie Hall and Lincoln Center. He has been a resident at the Trappist St. Joseph’s Abbey in Spencer, Massachusetts, Dai Bosatsu Zendo in New York, with Ven. Thich Nhat Hanh in Plum Village, France, and at the  New York Catholic Worker with Dorothy Day. 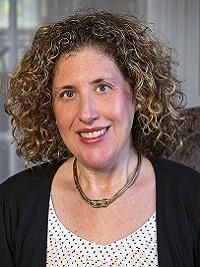 Paula Shanley began working at Holy Cross in December 2021. Paula has her bachelor's in communications from Regis College in Weston, Massachusetts and her master's from Boston University. Paula spent many years working in advertising sales and marketing for cable television in New York City. Since her time in the city, she has been working on a variety of freelance marketing and event planning projects for area non-profit organizations. She has enjoyed planning a variety of fundraising events over years and also developed her social media marketing and web design skills. Paula is thrilled to be a part of the Campion House staff and her many skills will help keep the daily office operations running with efficiency. Contact her if you need assistance scheduling a meeting with one of the chaplains. Paula lives in Leominster, Massachusetts with her husband and two children.