Information on the College's 174th Commencement Exercises for the Class of 2020, which will be held in the spring of 2021, will be announced at a later date. 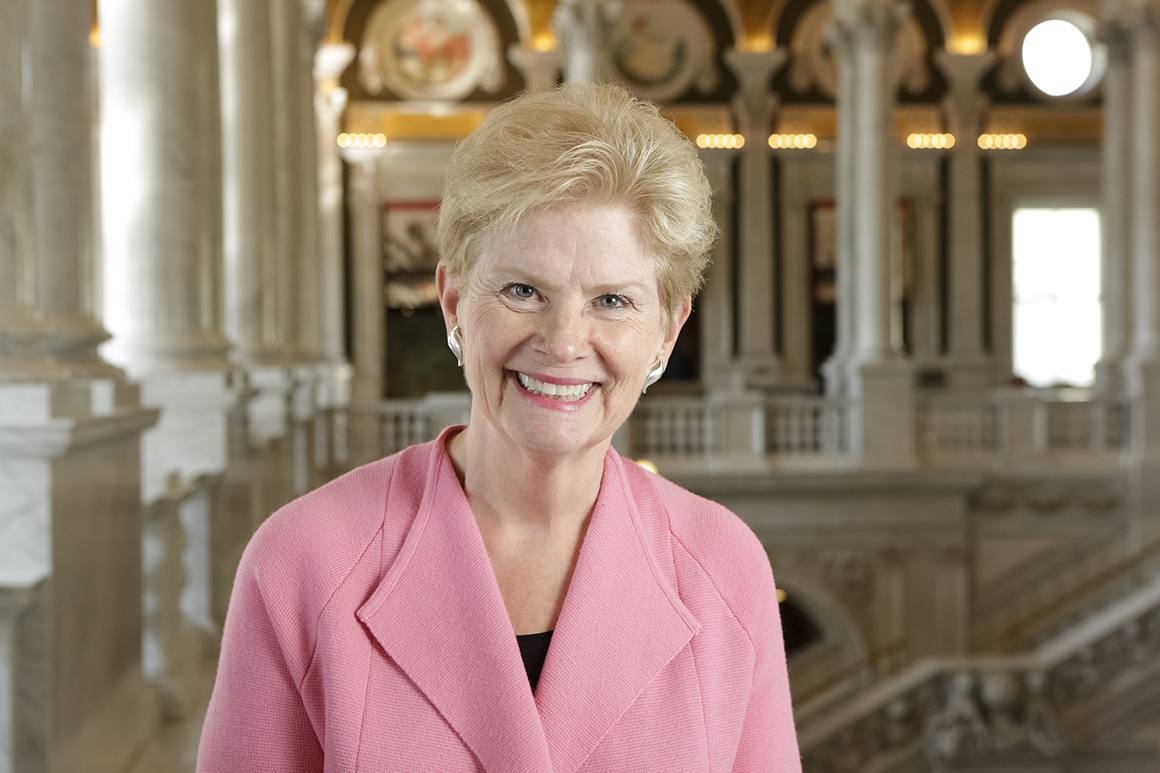 Prominent American educator Jane McAuliffe, a world-renowned scholar of Islam and one of the senior leaders at the Library of Congress, will address this year’s graduates during the College of the Holy Cross Commencement ceremonies on Friday, May 24, at 10:30 a.m. at the DCU Center in Worcester. This year’s commencement marks the College’s 173rd graduating class.

Jane McAuliffe is senior advisor to the librarian of Congress and formerly the inaugural director of national and international outreach. Her work at the Library has involved a broad range of its programs, including the National Book Festival, the Kluge research center for scholars, the Library’s exhibits, publishing office, visitors’ services, and business enterprises.

She is a world-renowned scholar of Islam and has devoted sustained attention to Muslim-Christian dialogue and to the advancement of women around the world. As a specialist in the Qur’an and its interpretation, McAuliffe is general editor of the six-volume “Encyclopaedia of the Qur’an,” the first major reference work for the Qur’an in Western languages.

McAuliffe has served on the Vatican’s Commission for Religious Relations with Muslims and participated frequently in Building Bridges, a meeting of Muslim and Christian scholars established by the Archbishop of Canterbury.

Prior to her role at the Library of Congress, McAuliffe was president of Bryn Mawr College in Pennsylvania from 2008 to 2013. During her tenure at Bryn Mawr, McAuliffe was recognized in 2009 by Forbes Magazine as one of the top “barrier breakers” among women presidents in the country.

McAuliffe holds a bachelor’s degree in classics and philosophy from Trinity Washington University (formerly known as Trinity College) in Washington, D.C.  She also received a master’s degree in religious studies and a Ph.D. in Islamic studies from the University of Toronto.

McAuliffe will be given an honorary degree during Commencement.

Fr. Sean Carroll, S.J., is the executive director of the Kino Border Initiative, a migrant shelter and assistance program that conducts work on the U.S.-Mexico border, providing humanitarian aid to migrants and advocating for more humane migration policies. Prior to joining the Kino Border Initiative, Fr. Carroll served as the pastoral ministries assistant for the California Province of the Society of Jesus, helping to coordinate pastoral initiatives among twelve Jesuit parishes in California, Arizona, Utah and Hawaii. Fr. Carroll was ordained a priest in 2000 and served for four years at St. Patrick’s Church in Oakland, California. Currently, Fr. Carroll serves on the Board of Trustees of the University of San Francisco, as well as Brophy College Preparatory, a Jesuit high school in Phoenix, Arizona. He graduated from Stanford University with a bachelor’s degree in history.

Frank Kartheiser ’72 is the newly retired founder and lead organizer at Worcester Interfaith, an alliance of Worcester religious congregations and organizations working together to empower the underprivileged, and a graduate of College of the Holy Cross. Kartheiser, who became involved with the anti-war movement, left Holy Cross in 1969 to become a social advocate for the poor and homeless. Together with fellow classmate Shawn Donovan ’70 he founded The Mustard Seed, which began as a storefront agency dispensing help to the elderly, poor and homeless and eventually grew to a full-time soup kitchen and homeless shelter. Kartheiser has helped create many community organizations in Worcester; served as a field representative for Clergy and Laity Concerned; and has worked for the Diocese of Worcester as director of the Urban Ministry Commission, associate director of religious education, and consultant for social justice and peace. Kartheiser currently serves on the board of the Worcester Community Labor Coalition and is the director of relational spirituality for YOU, Inc. Since 2009, Frank has been an adjunct professor at Clark University, where he teaches community organizing strategies. 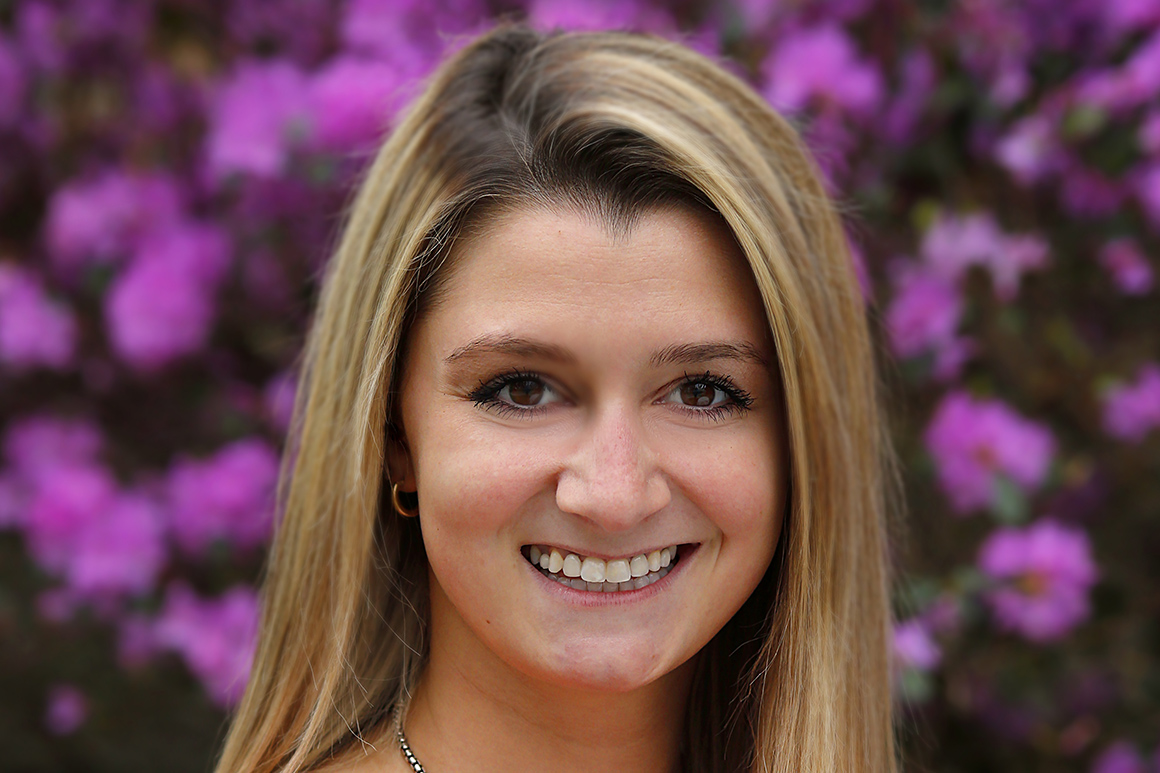 The College is pleased to announce that Isabel Block has been selected to deliver the Class of 2019 valedictory address at the Commencement ceremony on Friday, May 24.

Isabel is a mathematics and Chinese double major, a member of the Pi Mu Epsilon Mathematics Honor Society and the Alpha Sigma Nu Jesuit Honor Society, and a soon-to-be member of Phi Beta Kappa. She is from Georgetown, MA.

While at Holy Cross, Isabel was a member of the all-female a cappella club The Delilahs, becoming the group’s treasurer in her sophomore year and a co-chair in her senior year, responsible for organizing all of the group’s rehearsals and performances. She was also a member of the Mathematics and Computer Science Student Advisory Committee, and a co-chair of the Modern Languages Student Advisory Committee. For the past three years, Isabel served as the Jewish representative at the Multifaith Community Prayer, an annual event celebrating the many faiths on campus. In addition, Isabel volunteered in the Admissions Office as a member of the Admissions Outreach Program, greeting prospective students and other visitors on campus.

Following graduation, Isabel plans to pursue a career as an actuary and has accepted a full-time position at Liberty Mutual Insurance in the Actuarial Development Program. Her long-term goals include achieving a fellowship as an actuary, visiting China and incorporating speaking Chinese into her career, as well as continuing to be an advocate for the Jewish community and other marginalized groups.

Isabel was selected as valedictorian from a group of academically outstanding members of the senior class, each of whom submitted speeches for consideration. The Valedictorian Selection Committee — composed of students from the senior class, faculty members and administrators — reviewed the submissions, and the final selection was made by Margaret Freije, Provost and Dean of the College.

Congratulations to Isabel and all the valedictorian candidates for their outstanding work.