The SGA Co-Presidents, chosen through a campus-wide election, are the principal representatives of the student body and the chief officers of the Student Government Association. The Co-Presidents articulate the student perspective through meetings with the President of the College and other administrators, and are aided by their Chief of Staff and Treasurer. The Co-Presidents appoint and lead the SGA Cabinet, an advisory council composed of Directors responsible for the implementation of various initiatives. Each Director covers a specific area of campus policy, ranging from academic affairs to residence life and housing. Together, the Co-Presidents and Cabinet act in the best interest of the campus community and work to uphold the integrity of the SGA Constitution and its By-Laws. 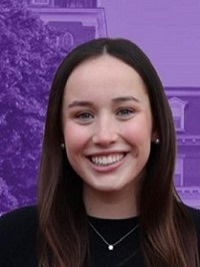 Maggie is a junior Political Science major with minors in Rhetoric and Composition and Religious Studies. She’s been involved in SGA since her first year on the Hill, starting as a Senate clerk, then as a senator and the head of Public Affairs on Senate. Last year, Maggie served as a co-director of Public Affairs on the Cabinet. SGA has always been a big part of her life at HC; she enjoys advocating for her peers, communicating important issues to the student body via SGA social media, and collaborating with other members of SGA the most. Outside of SGA, Maggie is on the Working for Worcester Executive team, volunteers with Big Brother Big Sister in Worcester, has served as a first-year retreat leader, and is a member of the club swim team. She recently participated in the College’s Washington DC Semester program and is looking forward to a great year back on the Hill working with SGA! 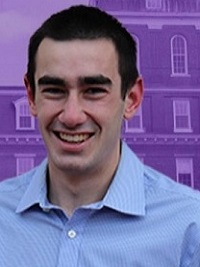 Connor is a junior Political Science major and minoring in Rhetoric and Composition. In his first year on campus, he started his involvement in SGA as the Senate Executive Clerk. After finishing the Clerkship program, Connor became a senator, the chair of Internal Affairs, and the Legislative Secretary. Last year, he served as a Co-Director of Sustainability on the Cabinet and the student representative on the Common Requirements Steering Committee. Through SGA, Connor loves working with his peers, listening to the concerns of the student body, and helping to make a positive impact on the community. Additionally, he is on the Cross Country and Track teams, Student Athlete Advisory Committee, an admissions greeter, and e-board for Pax Christi and Feminist Forum. He recently participated in the College’s Washington DC Semester program and is excited to plan SGA initiatives for the upcoming year!