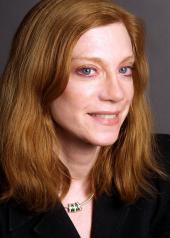 Suzanne R. Kirschner is Professor of Psychology at the College of the Holy Cross in Worcester, MA.  From 2013-2016, she also served as the Director of College Scholar Programs.  She has been a Visiting Scholar in the Department of Critical Social/Personality Psychology at CUNY Graduate Center,  the Department of the History of Science at Harvard, and the Eliot-Pearson Department of Child Development at Tufts. She has also been a Research Fellow in the Department of Social Medicine at Harvard Medical School. She holds a bachelor's degree from Swarthmore College and received her doctorate from Harvard University, where she also taught. She is the author of The religious and romantic origins of psychoanalysis: Individuation and integration in post-Freudian theory (Cambridge University Press), as well as numerous articles on the interconnections between psychological theories/practices and sociocultural forces. Kirschner is co-editor (with Jack Martin) of The sociocultural turn in psychology The contextual emergence of mind and self (Columbia University Press, 2010).  She serves on the editorial boards of several journals and book series, including Qualitative Psychology, Theory & Psychology, the Journal of Theoretical & Philosophical Psychology, and Palgrave Studies in the History & Theory of Psychology. Her current project,“The indispensable subject of psychology,” draws on psychological anthropology, sociocultural and literary theory, philosophy of mind and other fields to further develop and legitimize psychological approaches for studying subjectivity (complex first-person processes formed within sociocultural contexts).

Beginning in August 2018, Kirschner will serve as the President of the Society for Qualitative Inquiry (SQIP), which is Section 3 of Division 5 (Quantitative and Qualitative Methods) of the American Psychological Association (APA). In 2004-2005, she was President of the Society for Theoretical and Philosophical Psychology (APA Division 24). She is a Fellow of Divisions 5 and 24 of the APA.