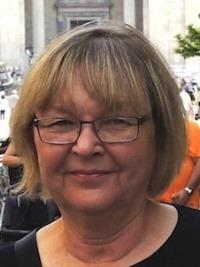 Ph.D., University of Massachusetts at Amherst

My general research interests are in the area of cognitive development in young children, specifically preschoolers.  I have had a longstanding interest in young children's memory, concept development, and problem-solving skills. My current projects focus on the ways in which developmental science offers ideas for benefiting the education of young children, particularly in the area of mathematics. What are the general cognitive processes that underlie early numerical understanding, especially those mathematical competencies that forecast later academic achievement? Why does a good understanding of the number line, for example, or skill with patterns, enhance numerical reasoning? My second area of interest concerns young children's understanding of gender concepts, and in particular, the types of cues they use to make judgments of social status and power. I am interested in uncovering the kinds of verbal and nonverbal cues that children use to make assessments about who has power and status and whether these cues retain their salience in cross-cultural comparisons.