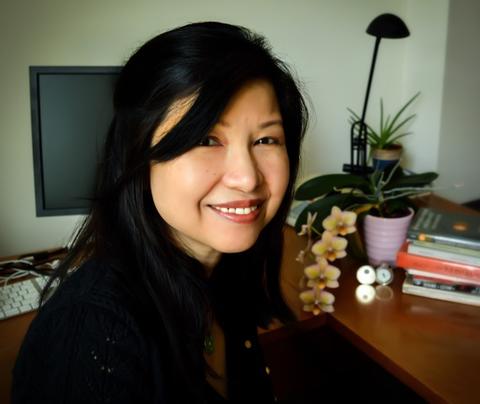 May Sim received her Ph.D. from Vanderbilt University. Her dissertation, Aristotle’s Understanding of Form and Universals, was directed by Alasdair C. MacIntyre. She is the contributing editor of The Crossroads of Norm and Nature: Essays on Aristotle's Ethics and Metaphysics (1995) and From Puzzles to Principles?: Essays on Aristotle’s Dialectic (1999). Her book, Remastering Morals with Aristotle and Confucius, Cambridge University Press (2007), is a comparison of the ethical life in Aristotle and Confucius.  She is currently working on a booklength account of human rights from the Confucian perspective, and a book on Metaphysics and Ethics: East & West. She was the President of the Southwestern Philosophical Society (2006), the current director of the Asian Studies Program at Holy Cross, and the current director of the Boston Area Colloquium in Ancient Philosophy (BACAP 42nd Annual Program 2019-20).  She was also the 62nd President of the Metaphysical Society of America (2013 MSA) and the President of the 49th Annual Conference of the Northern New England Philosophical Association (2019 NNEPA).

“Categories and Commensurability in Confucius and Aristotle: A Response to MacIntyre,” in Categories: Historical and Systematic Essays, M. Gorman and J. Sanford, eds. Catholic University of America Press, (2004), 58-77

“A Natural Law Approach to Law: Are the Confucians and the Thomists Commensurable?” in Journal of Comparative Law: Studies in Comparative Law no. 12, Russell Wilcox and Anthony Carty, eds. (London : Wildy, Simmonds & Hill Publishing, 2015)

“Economic Goods, Common Goods and the Good Life,” in Value and Values: Economics and Justice in an Age of Global Interdependence, Roger T. Ames and Peter D. Hershock, eds. (University of Hawaii Press, 2015) 441-459

“Desiring Wisdom and Truth with Aristotle and Zhu Xi,” in Wisdom and Philosophy: East and West, edited by Hans-Georg Möller and Andrew Whitehead, (Bloomsbury Academic, 2016)

“Is the Liezi an Encheiridion?” in Riding the Wind with Liezi: New Essays on the Daoist Classic, Ronnie Littlejohn Jeffrey Dippmann, eds. SUNY Press (2011)

“Being and Unity in the Ethics and Metaphyscis of Aristotle and Liezi,” in How Should One Live? Comparing Ethics in Ancient China & Greco-Roman Antiquity, edited by Richard King and Dennis Schilling (de Gruyter, 2011)

“Travelling with Laozi and Plato,” in Landscape and Travelling East and West: A Philosophical Journey, eds. Hans-Georg Möller and Andrew Whitehead, (Bloomsbury Academic, 2014), 53-70

“Justifying Human Rights in Confucianism” in The Bloomsbury Research Handbook of Early Chinese Ethics and Political Philosophy, edited by A. McLeod (Bloomsbury, 2019).

“The Question of Being, Non-Being, and ‘Creation Ex Nihilo’ in Chinese Philosophy,” in The Ultimate Why Question: Why is There Anything at All Rather Than Nothing Whatsoever?, John F. Wippel, ed. (CUA Press 2011)

Presidential Address of the 64th Annual Metaphysical Society of America Meeting, “From Metaphysics to Ethics, East and West,” Review of Metaphysics 68 (March 2015): 487-509

“Self-Determination and the Metaphysics of Human Nature in Aristotle and Mencius,” in Dao Companion to the Philosophy of Mencius, edited by Yang Xiao (forthcoming)