Faculty and students are at the front lines of 21st century research on ancient texts and culture. At a time when access to high-resolution, open-source images of ancient manuscript has increased, the department has received national and international attention for work on digital editions of Greek and Latin texts. In 2012 students formed a unique club dedicated to research on manuscripts and other documents. Neel Smith, professor of classics, has talked to national media about this digital research. 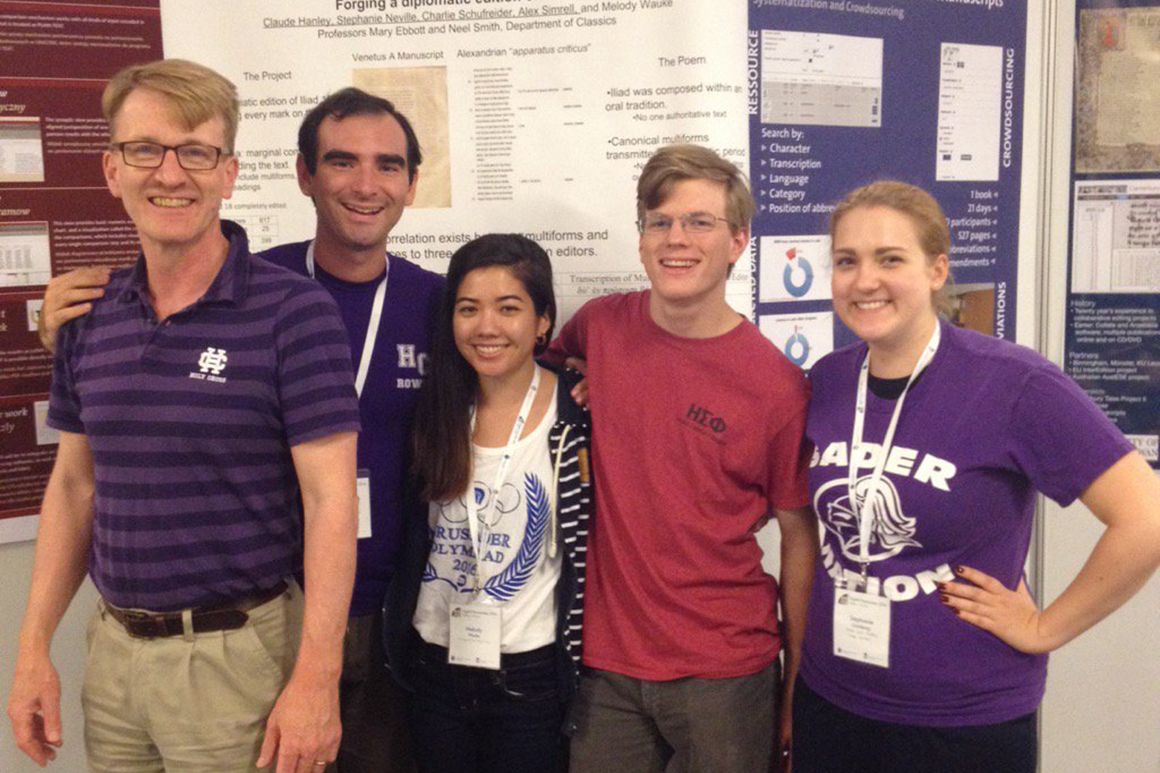 From left, Professor Neel Smith, Brian Clark '15, Melody Wauke '17, Claude Hanley '18, and Stephanie Lindeborg '13 present their research on the Venetus A manuscript of the "Iliad" at the International Digital Humanities conference in Krakow, Poland in July 2016.

Under the mentorship of departmental faculty, classics majors regularly present their research at conferences and by invitation at other universities, both in the United States and abroad. Recently, students have presented their research at:

Classics majors have a strong track record for winning awards from regional and national scholarly organizations. Recently, students have won:

Classics majors frequently participate in the Teacher Education Program (TEP), which prepares students for licensure in the Commonwealth of Massachusetts. In addition to taking courses in the major, students enroll in education courses specifically designed to promote excellence in teaching. The Holy Cross TEP places a special emphasis on issues surrounding urban education.

Our department is home to the Delta Lambda chapter of Eta Sigma Phi (ΗΣΦ), the national Classics Honorary Society.

Eta Sigma Phi was founded in 1914 at the University of Chicago. The society seeks to promote interest in classical studies along with closer relationships among students interested in classics. Our Delta Lambda chapter engages with these goals in a number of ways, including hosting presentations on a wide variety of classical topics and arranging trips to museums. Recent ΗΣΦ events include a student-faculty colloquium on Hesiod's Theogony and a public reading of all twenty-four books of Homer's Odyssey (the "Homerathon"). Members are also closely involved in setting up and running Holy Cross' Classics Day for high school classics students.

The department has its own research laboratory in Fenwick Hall, the St. Isidore of Seville Computer Lab, outfitted with networked computers and additional research resources. 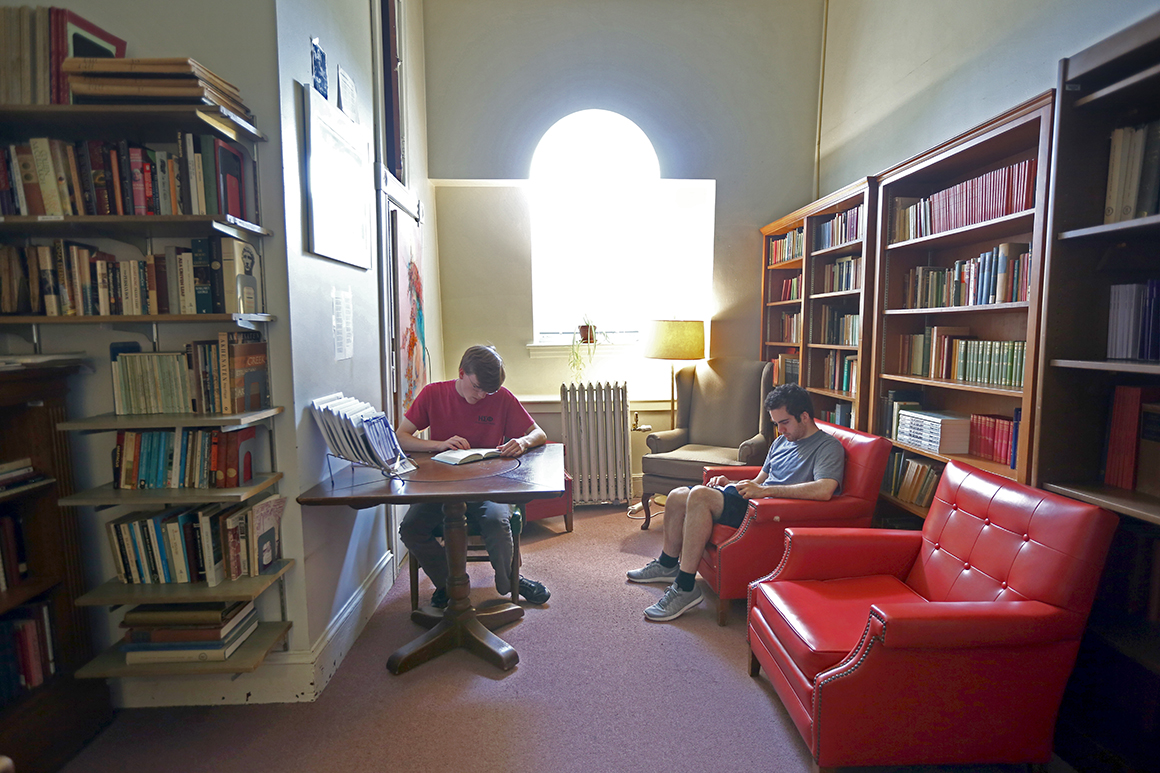