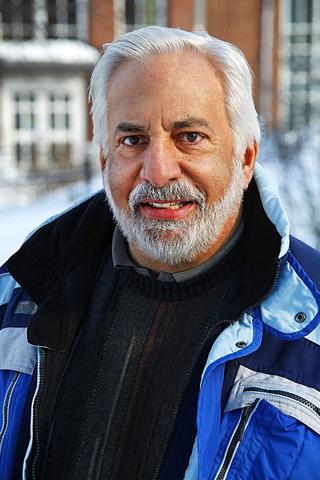 CHARLES S. (CHICK) WEISS, PH.D. was born in Mauch Chunk, PA (now called Jim Thorpe, PA). He received the B.S. degree (1970) from the University of Scranton and the Ph.D. (1974) in physiological psychology and neurobiology from Ohio University. He was an Alfred P. Sloan Foundation Post-Doctoral Fellow in Neuroscience at Colgate University and a Research Fellow at the Brain Research Laboratory at Syracuse University (1974-75). Chick joined the faculty of the Department of Psychology at the College of the Holy Cross in 1975, chaired the Department from 1984 to 1989, and held the rank of Associate Professor. From  1981 to 1983, he was Fellow and Associate Professor in the Department of Neurology at Boston University School of Medicine where he re-trained in human neuropsychology and behavioral neurology. Chick served as the Holy Cross Coordinator of Grants and Research (1989-95), the Director of the Office of Grants and Corporate and Foundation Giving (1995-2013) and the Director of the Office of Strategic Initiatives and Corporate and Foundation Relations (2013-16). He retired from the College in May of 2016 after 41 years of service and is Associate Professor Emeritus.

He served as the institutional officer on the College’s Human Subjects Committee, Institutional Animal Care and Use Committee, Scholarly Misconduct Committee and Intellectual Property and Patent Committee. Chick was Project Shepherd for the College's $64 million science building project, completed in 2010 and Shepherd of a new performing arts building project. He had been a participant, writer, editor and panelist for Project Kaleidoscope (PKAL), reviews proposals for the National Science Foundation and authored 20 scholarly papers and delivered over 40 professional presentations and training sessions. Chick wrote many successful proposals and coordinated projects to improve education and infrastructure of the College’s arts, humanities and sciences. He had been involved in the funding and operation of programs that link Holy Cross and the City of Worcester (especially the Worcester Public Schools and Nativity School of Worcester). The Holy Cross Weiss Summer Research Program is named in his honor. Chick was Co-founder, past Chair of the Board of Trustees and Co-chair of the first Capital Campaign of the Nativity School of Worcester, an all-scholarship middle school for economically disadvantaged boys. He served as Chair of the Board of Directors of the Central and Western Massachusetts Chapter of the American Red Cross, was a member of its Capital Campaign and Strategic Planning Steering Committees and is a seven-gallon blood donor. He is a founding Trustee of the Beverly School, a school for disadvantaged youngsters that opened outside of Nairobi, Kenya in 2011. Chick is past Chair of the Board of Directors of Children’s Friend in Worcester and was Co-chair of its 150 th Anniversary Capital Campaign. He served on the planning committee of the Blackstone Valley Visitor Center, is a corporator of the Ecotarium and Music Worcester and past member of the Board of Directors of the Greater Worcester Community Foundation and Chair of its Non-Profit Support Center’s Advisory Committee. He is an elected Member of the American Antiquarian Society.

In retirement, Chick continues his nonprofit activities and works with his son. He lives in Holden, MA with his wife Gayle, who is Vice President and Chief Business Operations Law Counsel for Unum US. Their son Joe, a member of the rock band Four Year Strong, tours the nation and the world. Joe also has a furniture design business called Skana Design and is developing a building in downtown Worcester for creative activities (New Tradition Co.; @newtraditioncompany).