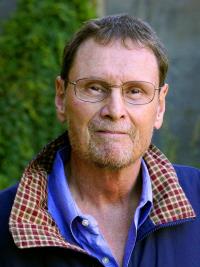 College of the Holy Cross:

Our laboratory has been involved in several types of work. In the first, we studied the nature of individual differences in mice across a number of learning and memory tasks. Our work in this area is represented by these articles:

As an outgrowth of our work with mice, we also came across an interesting phenomenon in which mice shift their preference for where they choose to escape from aversive stimulation on a trial by trial basis. Our work on this topic is given below: 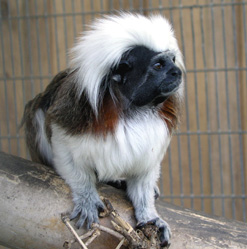 Who am I?
I'm a monkey, but not the Old-World kind. My survival is highly endangered by human encroachments in my native homeland of northern Columbia. I like to play with the computer touchscreens that Pr. Locurto and his students give me every day. 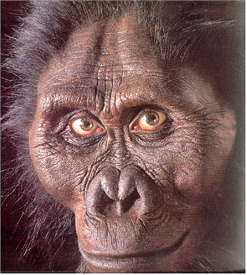 Who am I?
I'm not a chimpanzee, although I may look like one. I haven't been around for nearly 3 million years, but I'm more like you than you might think. I'm a star in Evolution of Behavior.