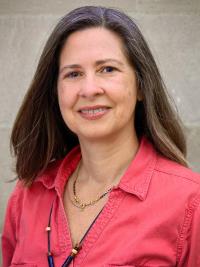 Massachusetts Institute of Technology (MIT)
Master of Science in Political Science, 1991.
Thesis: "The World Bank's Impact on the Environment: The Precedent Setting Case of POLONOROESTE"

The processes of democratization and economic globalization have swept the world in the past decades. Since the mid-1980s, different societies, previously under authoritarian rule, have either embraced democracy or tried hard to do so. This tendency suggests that democracy might be indeed a superior type of government. The fact that processes of democratization/re-democratization have unfolded in parallel with global economic integration and the expansion of free trade, suggests that capitalism may contribute to the emergence and consolidation of democracy. Finally, some suggest that freer markets and freer trade will bring about development worldwide, while others fiercely contest this premise. In this course we will examine the processes of democracy/democratization, development, and globalization, while probing many assumptions associated to them. We will discuss the origins of democracy, its different types, and its performance regarding the accomplishment of its main goals: liberty, equality, representation, social and economic justice, and political stability. We will compare Western-style democracies with other forms of governments, and ask the following questions: How do different democracies fare? Can the achievements of Western democracies be replicated in non-Western societies? Are there legitimate alternatives to liberal democracy? Does capitalism foster democracy? Can democracy emerge and flourish in the absence of a capitalist economy? How should societies pursue economic and political development? Is there a single path to development and modernity?

The course investigates the nature of conflicts over natural resources in Latin America, their causes, and the position of the many stakeholders involved in them. It will also evaluate the diverse governance schemes that have been either proposed or implemented to solve such conflicts. The course will pay particular attention to the struggles of Latin American grassroots groups and social movements -- indigenous peoples, landless peasants, and fishing folk, among others -- for access to natural resources and environmental goods. Not all Latin American citizens have enjoyed unimpeded access to natural resources, whether such resources are “common” (as in public forests, oil and gas reserves, or clean air), formally owned by them, or located on their land. This reality – which has historical roots – persists today and may be aggravated in the future, despite the formal adoption of liberal democracy and the rule of law in most countries in the region. Acute economic and political power disparities among groups competing for natural resources contribute to create a permissive climate for systematic violations of environmental, social and cultural rights associated with such resources. Violations lead to new conflicts and aggravate old ones. Key questions we will attempt to answer in this course are: What are the structural as well as immediate causes of natural resources conflicts in Latin America in the 21st century? What are the stakes involved and who are the main stakeholders in the conflicts? How should we assess the merits of stakeholders’ demands and expectations? How do stakeholders organize to demand (or guarantee) their access to natural resources and environmental goods? What political and material resources do stakeholders have and what strategies do they use to advance their claims? What obstacles do they face? How have conflicts been negotiated and solved?

The seminar will address the struggles of Latin American grass-roots groups and social movements -- indigenous peoples, Amazon forest dwellers, landless peasants, women, and urban squatters, among others -- for justice and equality. Not all Latin American citizens have enjoyed such rights to the same extent, despite the fact that democracy is now the system of choice in most countries of the continent. Violation of basic human and environmental rights, racial and gender discrimination, and acute economic disparities, are only a few of the challenges against which Latin American citizens have mobilized. This course will assess the effectiveness of these efforts and their contribution for the improvement of democracy in Latin America. What strategies have grass-roots groups used to achieve their goals? With whom have they allied? How effective have they been in influencing long-term policies? What constrains have they faced? What lessons can be drawn from each case? Can these lessons be replicated in other contexts?

The format of the course is that of a group of researchers preparing a book. We will discuss working hypotheses to explain different outcomes of grass-roots groups’ and social movements’ struggles, and we will develop a theory. We will then look at specific cases -- the struggle for human rights, for indigenous peoples,’ minorities,’ women’s, and landless peoples’ rights, for labor rights and for the rights of the urban poor.  We will compare cases across time and across Latin American countries. The objective of the course is to provide students with the opportunity of evaluating Latin American democracies thoroughly, i.e., beyond the limits of formal electoral politics. Good knowledge of Latin American politics and society, and active participation in the seminar is expected. ​

“Environmentalism and the Globalization of the Oil Industry in Rio de Janeiro, Brazil – An integrated approach to the challenges of mobilization,” Latin American Perspectives, July, 2018.

Papers in Conferences and Workshops