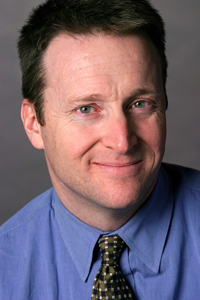 Ward Thomas has taught in the Political Science Department at Holy Cross since September 1997.  Prior to that he taught courses at The Johns Hopkins University in Baltimore, where he received his Ph.D. in August 1997.  He has a B.A. from the College of William & Mary, as well as a J.D. and an M.A. from the University of Virginia.  He has been a Postdoctoral Fellow at the John M. Olin Institute for Strategic Studies at Harvard University, a Young Scholar in the Program on Ethics and Public Life at Cornell University, and received an Arthur J. O'Leary Faculty Recognition Award to support his research on nonstate actors and the use of force.

This course will explore major themes in U.S. foreign policy, focusing on the longstanding and ongoing debate over the terms of America’s engagement with the world at large.  Among the topics discussed will be: the historical development of U.S. foreign policy, the roles played by various institutional actors in the formulation of foreign policy, and issues facing the United States in the contemporary international system, including international trade and economic policy, national security after September 11, international organizations and multilateralism, and relations with the Middle East.

This seminar will address various issues relating to the normative dimensions of international relations.  Among the topics addressed will be ethical constraints on the use of force, the tension between human rights and state sovereignty, the ethical implications of the global economy and multinational corporations, and the difficulties involved in applying traditional standards of moral judgment to the international sphere.

War and the Human Condition

How can it be that one of the oldest and most common human activities is at the same time one of the most brutal and dehumanizing?  And how, over time, have people dealt with this tragic paradox?  In this seminar we will consider explanations for the persistence of war, examining such questions as:  Are humans intrinsically bellicose?  That is, is war rooted in the human condition, or is it a social construction that can be eradicated?  Is the world as prone to war as it has always been, or have there been trends that provide some reason for optimism?

War has not only been one of the most persistent aspects of human experience, it has been one of the most profoundly influential. In this seminar, we will examine the interrelationship among war, politics, and society. Among the questions we will address:  How has war shaped societies and political orders – and vice-versa?  What role has it played in defining the identities of states and nations?  Is that role changing, and if so, why?  What is the proper relationship between a society and its military?  Is that relationship changing?  What is combat like, and how have those who’ve experienced it attempted to convey that experience?  How have those portrayals changed over time?