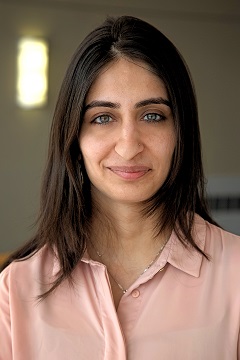 I am an Assistant Professor in the Department of Political Science at Holy Cross.  My research is focused on the study of political and sexual violence, political parties, ethnic politics, and social movements and contentious politics in sub-Saharan Africa and South Asia. I am also interested in the philosophy of the social sciences and in research ethics, particularly in regards to data-collection practices in conflict and post-conflict settings.  Methodologically, my work combines quantitative and qualitative data to uncover both broad patterns of violence and trace the causal mechanisms that generate conflict. I am currently completing a book manuscript that develops a theoretical and empirical account of the relationship between elites, political parties, and party-based violence. This research is based on a cross-regional comparison of Kenya and India with sub-national comparisons in the two countries.

In Spring 2020, I will begin data-collection for a long-term project that seeks to understand the conditions under which social movement organizations (SMOs) and feminist groups succeed in mobilizing mass protests against incidents of sexual violence. What are the tactics that are most effective and when are SMOs less successful in galvanizing public demonstrations? Moreover, to what extent does mobilizing collective action depend on the extent of traditional and/or social media coverage that an incident receives and the nature of the violence itself (harassment vs. molestation vs. rape)? India and South Africa will be the two cases at the center of this research.

To date, my research has appeared or is forthcoming in Human Rights Review; Human Rights Quarterly; African Conflict & Peacebuilding Review; Commonwealth & Comparative Politics; SAGE Research Methods Cases; Politics, Groups, & Identities; African Studies Review; and Zed Books. I have also conducted policy analysis for the World Bank and the United Nations and have extensive fieldwork experience in sub-Saharan Africa and South Asia. I frequently involve Holy Cross students in my research as Research Associates, so please do reach out to me if assisting in my work is of interest to you. I am also committed to increasing the visibility of women and underrepresented groups within the political science discipline.  As such, my classes at the college often require students to read studies that are produced by African and South Asian researchers, including women.

I earned my Ph.D. in Political Science from Northwestern University, my MPhil in International Relations from the University of Cambridge, and my B.A. in Government and Economics from Franklin & Marshall College. Prior to arriving at Holy Cross, I taught at California State University San Marcos (CSUSM) and served as a Postdoctoral Fellow at the Africana Research Center at Penn State University.