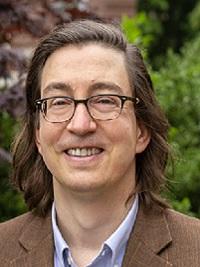 Fields: Latin literature; human landscapes of ancient Italy; gender in antiquity and its reception; constructions of memory in Roman culture

A member of the Holy Cross Classics Department since 2010, I am delighted to be part of a community where I can explore antiquity with students and colleagues interested in the world of the Greeks and Romans. I enjoy teaching all sorts of courses in Classics, including Latin and Greek language classes; classes in translation on Roman literature and culture; and classes exploring ancient ideas about masculinity or the environment. It’s also been a pleasure to co-lead the department’s Maymester (summer study abroad) in Rome the past few years.

I started college intending to be an English major and took Latin 101 in the hope that it would help me improve my understanding of later literature. Little did I know, the course would spark a life-long engagement with the ancient world. This interest, which began with introductory and intermediate Latin, led to a semester abroad in Rome and the study of Greek. Wanting to improve my understanding of the languages, I studied Greek and Latin for two years at a post-baccalaureate program before attending graduate school at the University of Chicago.
Now in my ninth-year of teaching at Holy Cross, I continue to enjoy learning more about the Classics in my teaching, research, and, most importantly, conversations with students and colleagues. I live in Westborough, MA, with my wife (Erin), two children (Noah and Lailah), and dog (Luna).

My research mainly focuses on Roman literature and culture, with a particular interest in how the Romans think about the past and future. Please find a list of publications below.

Memory in Vergil's Aeneid: Creating the Past (2013 - Cambridge University Press)

“Competing Commemorations: Apostrophes of the Dead in the Aeneid"  (American Journal of Philology)  2012