Arts Transcending Borders, in association with the Department of Theatre, welcomes Troika Ranch as artists-in-residence in Fall 2015. 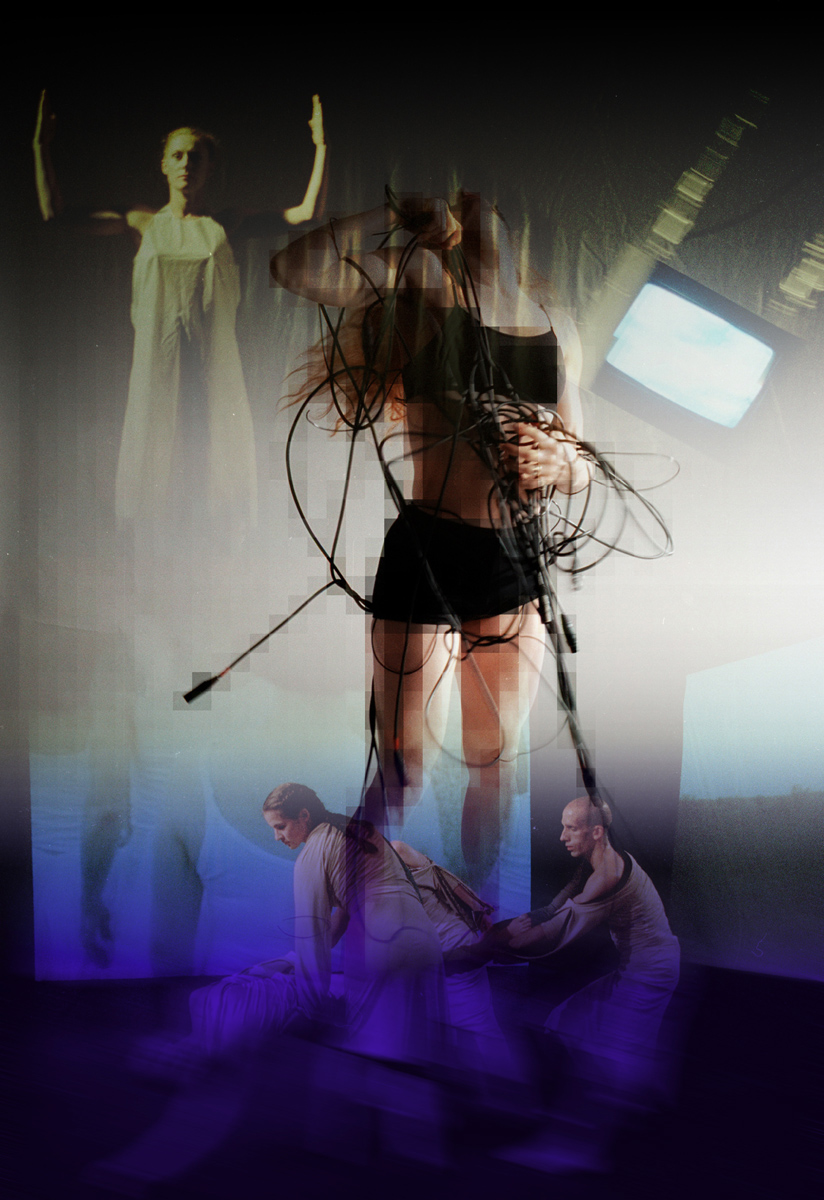 Comprised of collaborators Mark Coniglio (composer/media artist) and Dawn Stoppiello (choreographer/media artist), Troika Ranch is recognized worldwide as pioneers in interactive performance. Over their twenty-year career, they have produced thirteen major works that integrate live performance with cutting-edge interactive technology, much of which they invented themselves. Their work has been acknowledged with a New York Downtown Dance “Bessie” award, a prize at Ars Electronica and numerous other honors.

Troika Ranch’s hybrid performances unite dance, theater and new media, and aim to question the deepening entanglement between human beings and new technology. Their latest work-in-development, SWARM, will come to life in collaboration with Holy Cross students and faculty at the culmination of their residency.

Troika Ranch’s SWARM is an immersive, multimedia installation/performance that uses visual and aural stimuli to call the audience and performers into collective action. Principles of emergence – the underlying system that governs the flocking of birds, evolution, and other natural phenomena – are the means by which an audience actively reveal a “media opera” consisting of live and computer media – movement, text, music, and video imagery. The crux of SWARM is that only through coordination, conversation, and collective action can the audience – the “swarm” – reveal the fullest and most complete dramatic arc of the piece.

SWARM is an experience greater than the sum of its individual contributors.