Othello in the Seraglio

Whether fusing early European and Turkish sources with original music of his own in Othello in the Seraglio, or conversing with jazz greats Anat Cohen, Tiger Okoshi and Dave Liebman in his much lauded new album Resolution  (Editor’s Pick, Downbeat) Sanlikol is at home as a performer and composer in a vast musical landscape.

Originally from Turkey, Sanlikol has lived in Boston since the 1990s. He is currently on faculty at Emerson College and has taught at various prestigious institutions, including the Berklee College of Music, College of the Holy Cross and New England Conservatory.

Come hear about how he negotiates aspects of his adopted home and own cultural heritage in “Beyond ‘East vs. West:’ Challenging Assumptions,” (Mon. Oct. 24, 7:30 pm) a panel discussion with a multidisciplinary panel of Holy Cross faculty; experience the scholarly work beyond innovative concert programs that bring diverse cultures and traditions together in An Ottoman Tableau of Faith (Weds. Oct. 26, 5 pm), and take a sneak peek into Othello in the Seraglio with excepts and a discussion of its literary and musical sources in Musical Border Crossings, a lunch-time lecture demonstration on Thursday, October 27, 12 – 1 pm in Brooks Hall.

READ: A blog entry about Othello in the Seraglio by ATB Ambassador Margaret Goddard '19

Othello in the Seraglio: The Tragedy of Sümbül the Black Eunuch
October 27-28, 2016, 8 pm
Brooks Concert Hall 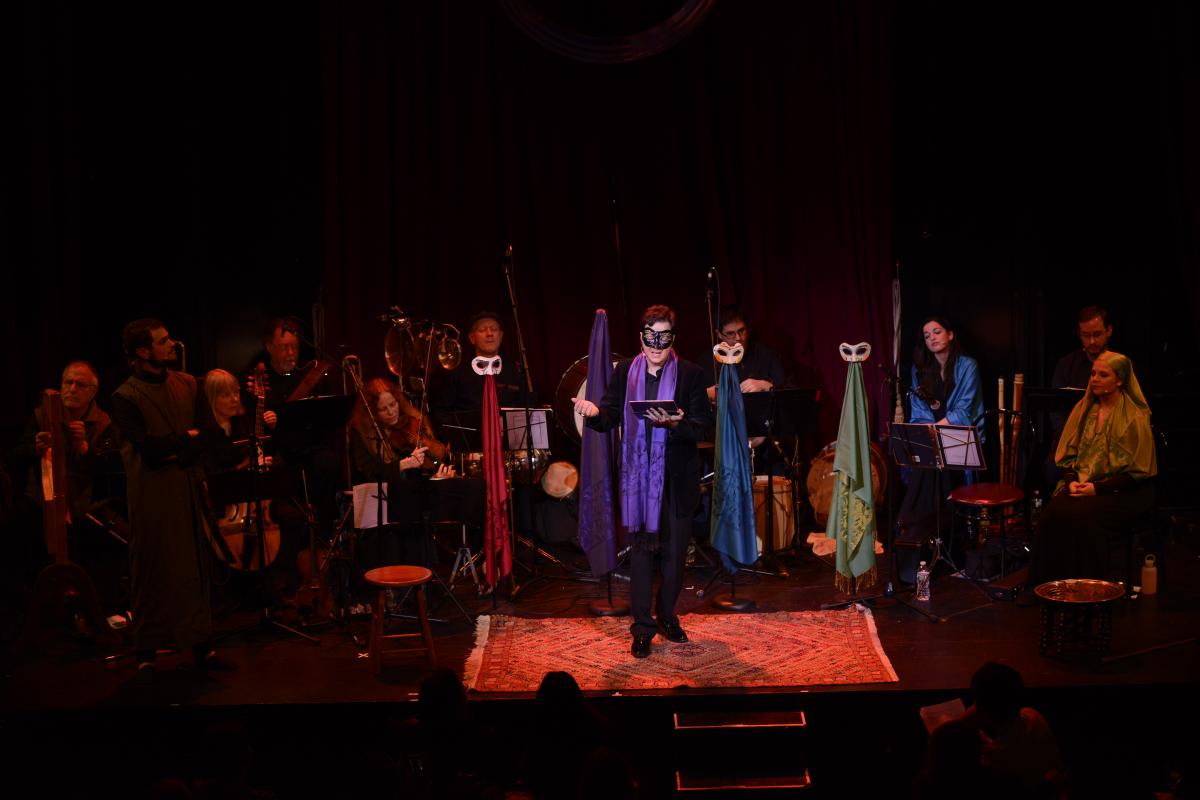 With eleven musicians and a storyteller, Othello in the Seraglio: The Tragedy of Sümbül the Black Eunuch, is scaled to the intimate, informal setting of a coffeehouse in seventeenth century Istanbul (Constantinople). In the days before tea became the preferred Turkish beverage, this was a setting in which a professional storyteller (meddah) entertained a cosmopolitan audience of men while they smoked and sipped coffee, a newly-fashionable stimulant imported from Yemen. The storyteller spins out a well-known tale, an historically-based legend of love and jealousy, intensified by the crossing of boundaries between the free and the enslaved, white and black, Muslim and non-Muslim.

Beyond 'East vs. West': Challenging Assumptions
Panel discussion in conjunction with Othello in the Seraglio
Monday, October 24, 2016, 7:30 pm
Seelos Theater 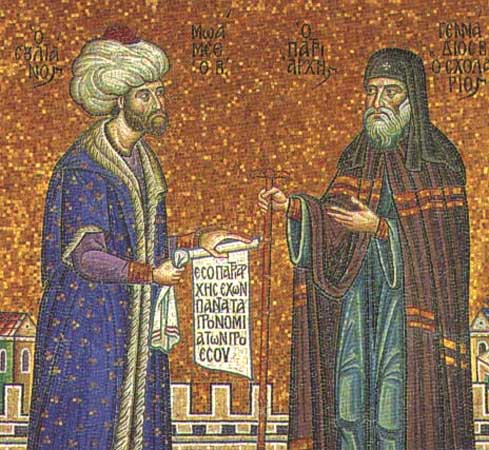 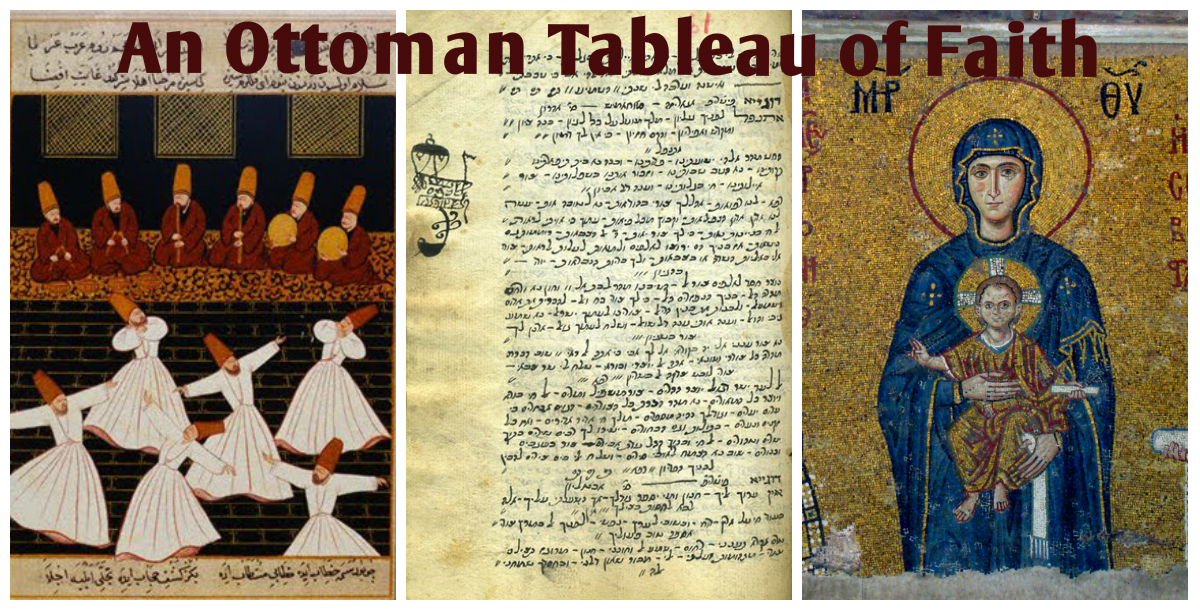 The DÜNYA collective will present an historical tableaux of different religious musical practices in Islam, Christianity and Judaism, especially centered in Ottoman Istanbul. The many layers of communal interaction in the city created deep historical and musical influences between these religious traditions.

Co-sponsored with the McFarland Center for Religion, Ethics and Culture 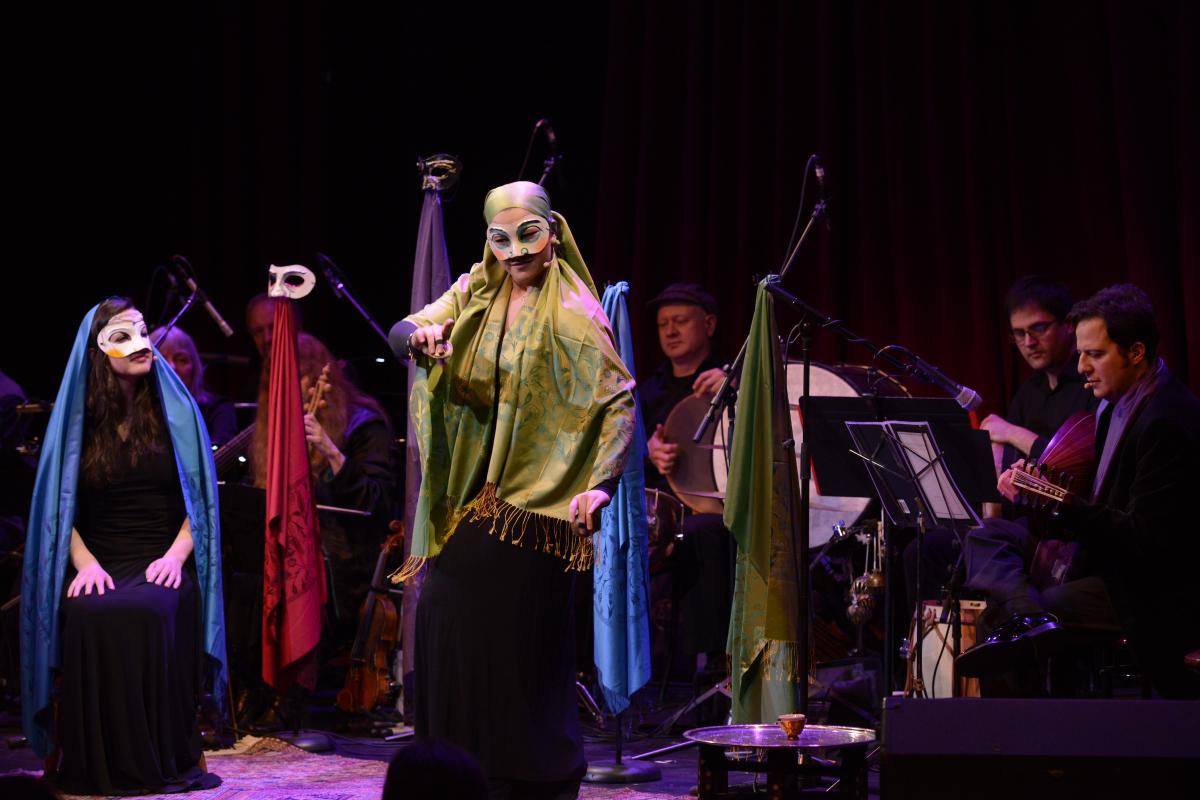 Composer Mehmet Ali Sanlikol and members of the Dünya Musicians’ Collective offer a glimpse into the diverse musical influences and styles in Othello in the Seraglio.