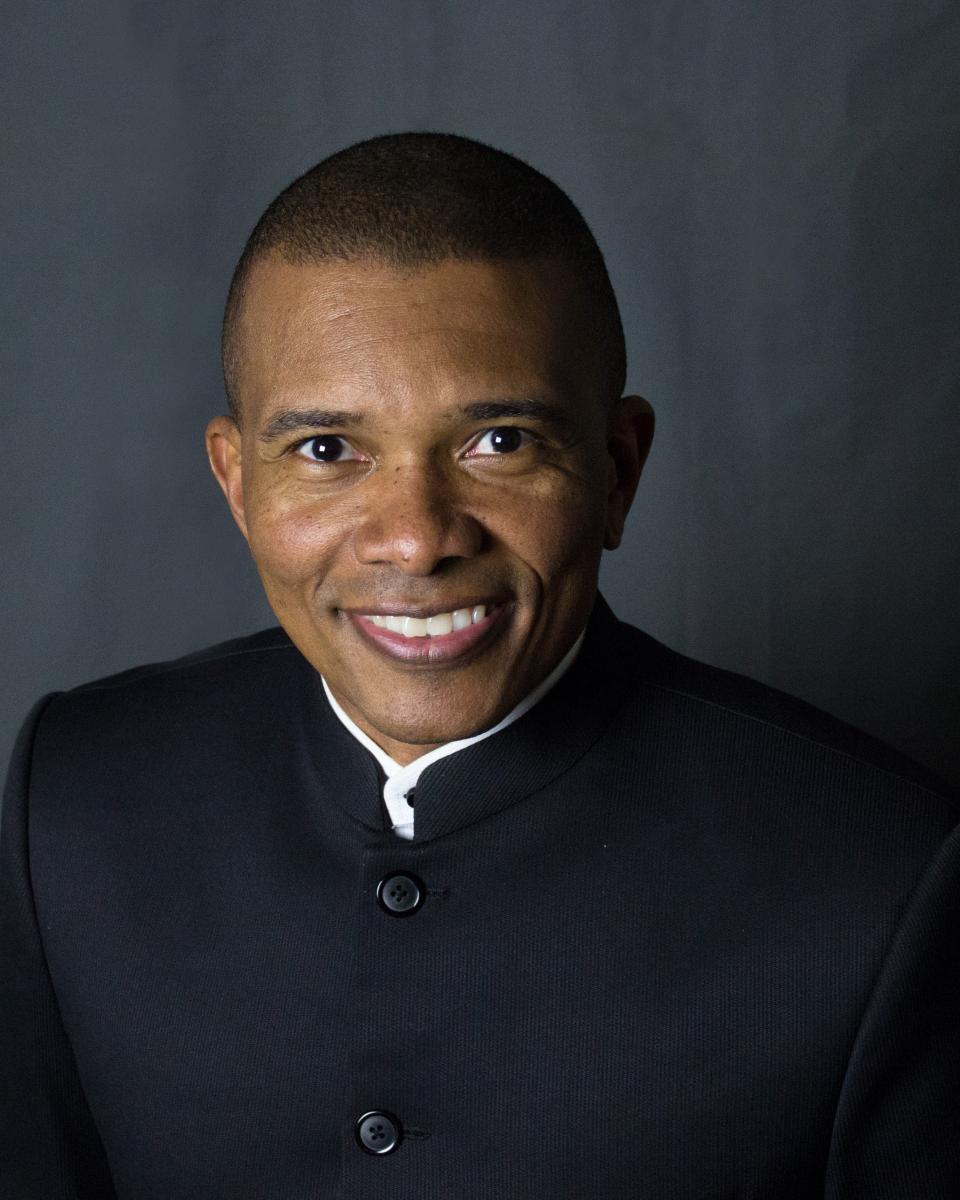 Dr. Ernest Jennings is Director of Bands at College of the Holy Cross where he is responsible for the operation, administration, and creative aspects of the Holy Cross Bands program as well as serves on the Department of Music faculty. Additional duties include serving as an administrator in the Office of Student Affairs.

A strong advocate of music education, Jennings has presented topics on conducting and percussion pedagogy at music conferences and workshops including the Iowa Bandmasters Association, Kansas Music Educators In-service Workshop, and the South Dakota Band Directors Association Conference. In fall 2018, Jennings served as Artist in Residence at University of Guam and College of Music, Mahidol University where he presented topics on music education, ensemble coaching, as well as conducting and percussion pedagogy. He is published in The Instrumentalist magazine and his doctoral dissertation documents contributions to wind band by American composers Carolyn Bremer and Nancy Galbraith.

As a conductor, Jennings is praised for his score preparation, attention to detail, and interpretation. In a performance of “Poem” for Wind Ensemble, Los Angeles composer John Frantzen wrote “thank you for your impassioned, insightful, and engaging interpretation. It is a joy to work with a conductor who thoroughly knows the score and shares a vision that gave me a deeper insight into my own work.”

Jennings’ background as a percussionist and freelance drummer have presented performance opportunities throughout the United States, China, Thailand, Mexico, and Guam. He is a former member of the Asheville Symphony Orchestra, U.S. Navy Steel Drum Band, the 34th Army Band (Iowa Army National Guard), and Florida Wave drum and bugle corps. As a percussionist, he has performed with the Thailand Philharmonic Orchestra, Dubuque Symphony, the Des Moines Gay Men’s Chorus, and chamber ensembles including the London Saxophone Ensemble during the 2009 World Saxophone Congress XV International Conference.

Jennings maintains an active schedule as guest clinician, conductor, ensemble coach, and adjudicator. A frequent guest conductor, he has been invited to conduct honor bands, public school ensembles, and summer music camps including the Summer Music Clinic at the University of Wisconsin-Madison. Honor band guest conducting appearances include the Drake Honor Band, Bowling Green State University Honor Band, and clinic sessions at the University of Guam. He has lead ensembles at regional and international band conferences on three continents including Australia, Asia, and North America.  Notable guest conducting engagements includes his conducting debut in Carnegie Hall with the UCM Wind Ensemble, the U.S. Army Field Band, and with the Mahidol University Wind Ensemble performance at the 2010 Australian National Band Championships in Hobart, Tasmania.

In addition to his commitment to music education, Jennings proudly serves as a member of the U.S. Armed Forces. Commissioned in 2001, he has twenty-six years of military service. Promoted to the rank of Lieutenant Colonel in April 2020, Jennings currently serves as an OC/T (Observer, Coach/Trainer) with Detachment 2, 2d Brigade, Great Lakes Training Division, 84th Training Command, stationed in Kansas City, Missouri.

Jennings earned a BA in music from Limestone College, BME from Drake University, MA in percussion performance and DMA in conducting from the University of Iowa.