Founded by cellist Yo-Yo Ma in 1998, the Grammy award-winning Silkroad creates music that engages difference, sparking radical cultural collaboration and passion-driven learning to build a more hopeful world. In this concert, the Ensemble will present a rhythm-driven exploration of music from India, the Middle East, Spain and the Jewish diaspora.

About The Silkroad Ensemble

Founded by cellist Yo-Yo Ma in 1998, Silkroad creates music that engages difference, sparking radical cultural collaboration and passion-driven learning to build a more hopeful world. The musicians of the Grammy Award-winnings Silkroad Ensemble represent dozens of artistic traditions and countries, from Spain and Japan to Syria and the United States. More » 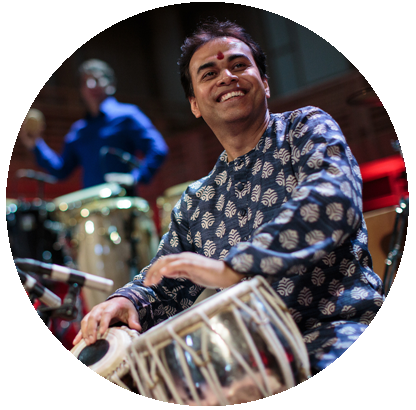 Tabla virtuoso Sandeep Das is trained in the centuries-old Indian tradition of Guru-Shishya Parampara, studying and living with his Guru — Pandit Kishan Maharaj — and learning and practicing music as a way of life, more than just an art form. Das is the founder of HUM (Harmony and Universality through Music), which promotes global understanding through performance and education, and provides learning opportunities and scholarships for young, specially-abled artists to empower them to lead self-reliant lives. 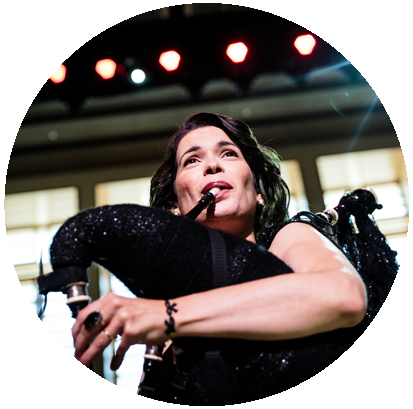 Cristina Pato is a master of the Galician bagpipes (gaita), a classical pianist, and a passionate educator. Hailed as "a virtuosic burst of energy" by the New York Times, her professional life is devoted to cultural exchange and forging new paths for the Galician bagpipe. Cristina has released and produced six solo gaita albums and two solo piano recordings, and collaborated on more than 40 albums. She serves as one of Silkroad's learning advisors and is the founder of the multidisciplinary Galician Connection Festival. 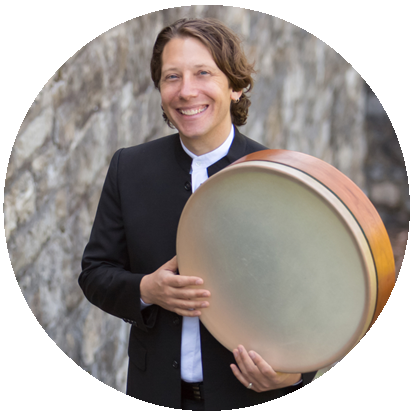 Percussionist, composer, and arranger Shane Shanahan has combined his studies of drumming traditions from around the world with his background in jazz, rock, and Western art music to create a unique, highly sought-after style. He is one of Silkroad's inaugural co-artistic directors, and has performed with Bobby McFerrin, James Taylor, Aretha Franklin, Philip Glass, Alison Krauss, Chaka Khan, and Deep Purple, among others, and has appeared at the White House, playing for President and First Lady Obama.