Due to COVID-19 precautions at the College, Arts Transcending Borders is cancelling all remaining events through the end of the Spring semester. We are making every effort to reschedule our remaining programming for next year, or beyond.

Tickets | About the Artists | Media

The children of Mexican immigrants, members of Las Cafeteras refer to themselves as chicanos and chicanas to honor both their life in the US and their ancestry. Their music celebrates the diversity of community and influences both from their heritage and home in East LA: a vibrant musical fusion of English and Spanish, Afro-Mexican beats, and traditional Son Jarocho instruments—the jarana, requinto, quijada (donkey jawbone) and Zapateado (percussive footwork). Activists and musical storytellers, Las Cafeteras document modern day stories of a community seeking love and justice; building bridges among different cultures. 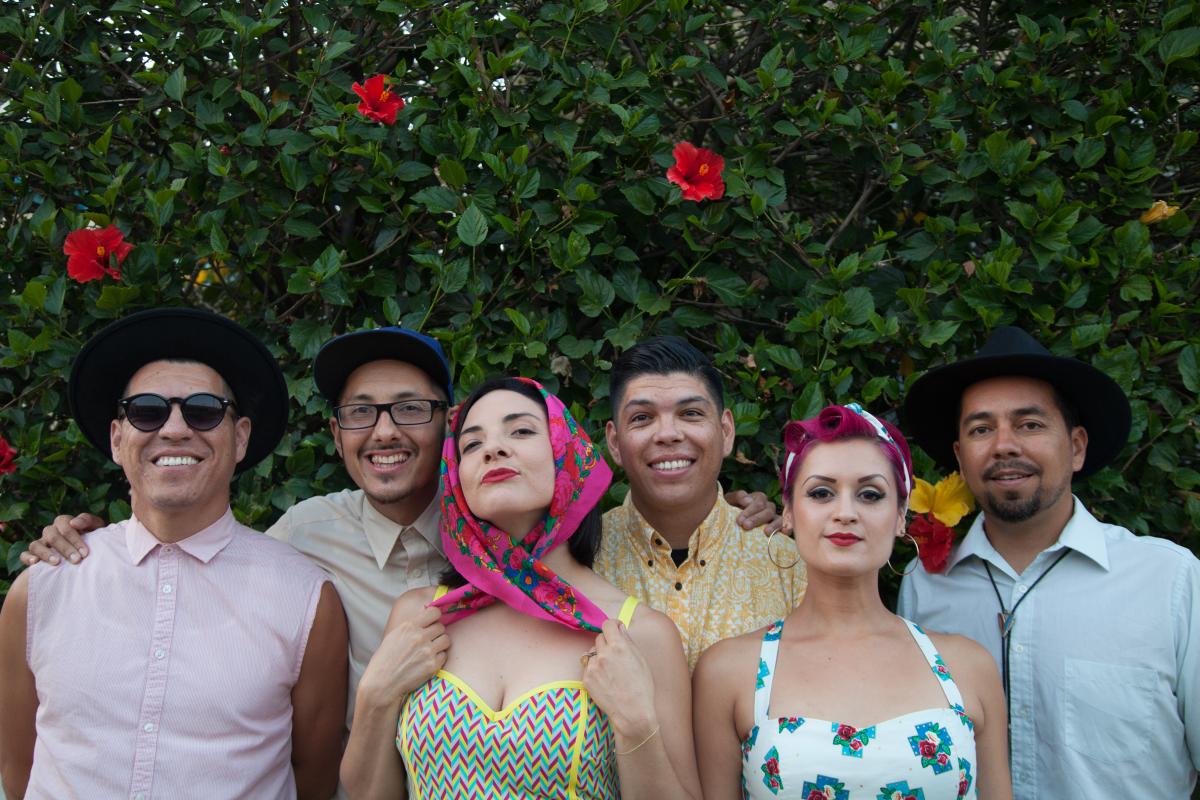 Las Cafeteras formed in 2006 out of a grassroots campaign to save South Central Farm, an urban farm and community garden in East LA. The group coalesced around workshops where activists taught each other Son Jarocho and explored the genre within the context of cultural resistance. A musical style from Veracruz reflecting the intermingling of Indigenous, Spanish and African peoples, Son Jarocho is characterized by fandangos (jam sessions) where the community gathers to play, sing, and dance together. Las Cafeteras use music as a uniting and rallying force around issues including immigrant rights, sustainable living, health and wellness, and women’s rights. They draw on the tradition of Son Jarocho to engage the audience as participants in a community celebration picturing social change in an uplifting yet powerful atmosphere.

“No matter how many bans there are, and laws, they can’t keep you from singing. They can’t keep you from dancing. Those are innate things we’ve been doing as a people for thousands of years. You can’t have a movement without movement…If you can get people with different beliefs, values and ideas about the world dancing on the same dance floor together, that’s a good start.” (Hector Flores, Las Cafeteras) 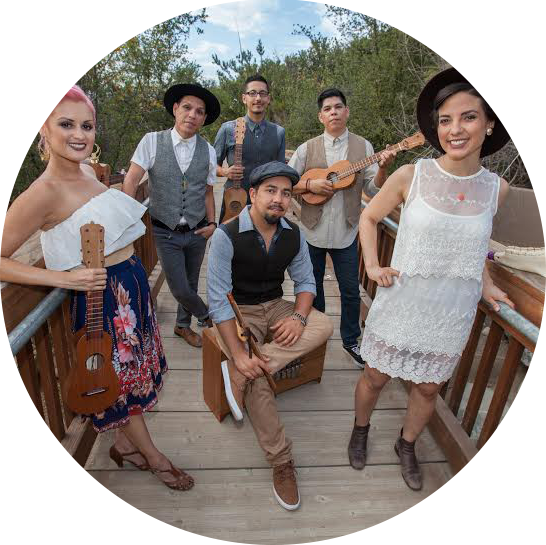 Born and raised east of the Los Angeles river, Las Cafeteras are remixing roots music and telling modern day stories. Las Cafeteras create a vibrant musical fusion with a unique East LA sound and positive message. Their Afro-Mexican beats, rhythms, and rhymes deliver inspiring lyrics that document stories of a community seeking love and justice in the concrete jungle of Los Angeles. Using traditional Son Jarocho instruments like the jarana, requinto, quijada (donkey jawbone) and tarima (a wooden platform), Las Cafeteras sing in English, Spanish, and Spanglish and add a remix of sounds, from rock to hip-hop to rancheras. Las Cafeteras use music as a vehicle to build bridges among different cultures and communities, and create ‘a world where many worlds fit’.

NPR: "Through Slavery, Segregation And More, 'La Bamba' Has Been The Sound Of Survival"