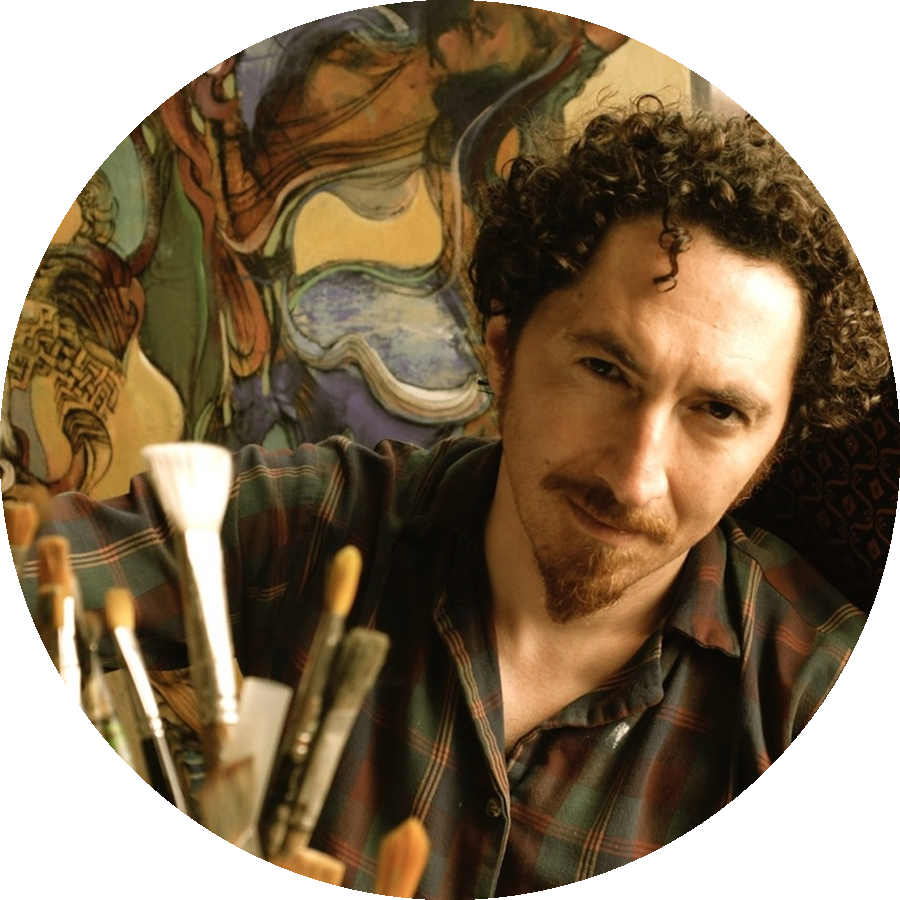 Kevork Mourad was born in Qamishli, a town in northeastern Syria. Of Armenian heritage, he received his Master of Fine Arts degree from the Yerevan Institute of Fine Arts in Armenia. He currently lives and works in New York. With his technique of live drawing and animation, where he shares the stage with musicians—a collaboration in which art and music develop in counterpoint to each other—he has worked with many world-renowned musicians, including Yo-Yo Ma, Kim Kashkashian, the Los Angeles Master Chorale, Brooklyn Rider, The Knights, Perspectives Ensemble, Paola Prestini, and Kinan Azmeh. Mourad is a member, as a visual artist, of Yo-Yo Ma's Silkroad Ensemble. He has performed, among others, at the Brooklyn Museum of Art, The Bronx Museum of Art, Rhode Island School of Design, Harvard University, the Morgenland Festival, Le Festival du Monde Arabe in Montreal, the Nara Museum in Japan, Lincoln Center Atrium, the Art Institute of Chicago, the American Museum of Natural History, the Metropolitan Museum of Art, Central Park's Summerstage, the Aga Khan Museum in Toronto, Carnegie Hall, The Walt Disney Concert Hall, and the ElbPhilharmonie in Hamburg.

His projects have included: Home Within with Kinan Azmeh; the multi-media plays Tangled Yarn and Lost Spring with writer/performer Anaïs Tekerian which premiered at MuCEM in Marseille and at National Sawdust; Manuel De Falla's Master Peter's Puppet Show performed with The Knights at Tanglewood and the Bric, and with Perspectives Ensemble at Angel Orensanz; On Foot, with Battery Dance Company; Lembit Beecher's chamber opera I Have No Stories to Tell You at Opera Philadelphia. Commissioned by The Space, UK, he created Barbed Wire (2015), a musical-visual project that aims to encapsulate the reality of Syrians forced to leave their country. In February 2017, with the Lost Angeles Master Chorale, he performed the biblical oratorio Israel in Egypt, as part of the Chorale's "Hidden Handel" project. The piece had its New York premiere with Master Voices at Carnegie Hall in December 2018.

Through the large-scale multi-layered painting created for his exhibition Immortal City, which was on view at the Rose Art Museum in late 2017 to early 2018, he delved deeply into his Syrian and Armenian heritage. He created a piece that explores the history of Lebanon, called The Space Between, which was exhibited at the Beirut Art Fair and his piece mining for the lost heritage of his Armenian ancestors, Time Immemorial, was exhibited at the International Contemporary Art Exhibition in Armenia in the fall of 2018.

The 2016 recipient of the Robert Bosch Stiftung Prize, Mourad is currently at work on an animated short film about Syria. He was also commissioned by the Metropolitan Museum of Art to create a performance to accompany their "Armenia!" exhibit. The performance, featuring world-class musicians and the composition of Vache Sharafyan, was premiered on November 2, 2018.

Upcoming projects include "The Museum as Studio" at the Aga Khan Museum in Toronto in February 2019, a dance performance piece with the OYO dance troupe in Namibia in March 2019, and a solo exhibit at the Karlsruhe Art Fair, Germany, organized by the Galerie Kuchling (Berlin) in April 2019.

Week at a Glance