An Evening with Bill T. Jones

As part of a creative residency with members of the Bill T. Jones/Arnie Zane Company, in partnership with the Dance Program of the Department of Theatre

For Bill T. Jones, art-making is participation in the world of ideas. In this lecture, he reflects on his 40-year artistic journey through some of his seminal works (Last Supper at Uncle Tom's Cabin/The Promised Land, Still/Here) to the work he is embarking on presently, The Deep Blue Sea (loosely based on the character Pip from Moby Dick). 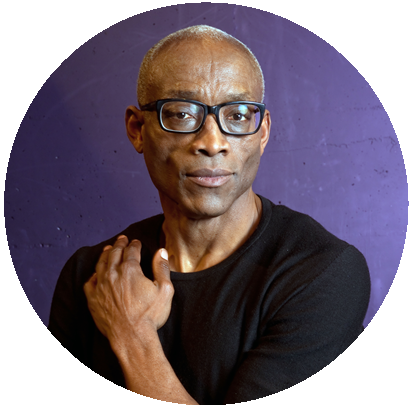 Artistic Director of New York Live Arts and Artistic Director/Co-Founder of the Bill T. Jones/Arnie Zane Dance Company, Bill T. Jones is a choreographer, dancer, director, author, and storyteller. He has received major honors ranging from a 1994 MacArthur "Genius" Award to the Kennedy Center Honors in 2010. Jones was honored with the 2014 Doris Duke Award, recognized as Officier de l'Ordre des Arts et des Lettres by the French government in 2010, inducted into the American Academy of Arts & Sciences in 2009, and named "An Irreplaceable Dance Treasure" by the Dance Heritage Coalition in 2000. He is a two-time Tony Award recipient for Best Choreography for FELA! and Spring Awakening and received an Obie Award for Spring Awakening's off-Broadway run. His choreography for the off-Broadway production of The Seven earned him as 2006 Lucille Lortel Award. More »

The Bill T. Jones/Arnie Zane Dance Company was born in 1982 out of an 11-year collaboration between Bill T. Jones and Arnie Zane (1948-1988). During this time, they redefined the duet form and foreshadowed issues of identity, form and social commentary that would change the face of American dance. The Company has performed worldwide in over 200 cities in 40 countries on every major continent and is recognized as one of the most innovative and powerful forces in the dance-theater world. More »

The Transcendent Artistry of a Legendary Dancer, Four Decades In, The New York Times

NPR: Looking Ahead to the Future on Modern Dance with Bill T. Jones

TED Talk: The dancer, the singer, the cellist...and a moment of creative magic