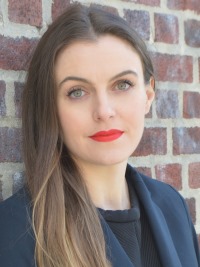 Emily B. Campbell, Ph.D. is a sociologist with specialization in political sociology, race and ethnicity, human rights, culture, emotions, social movements, education, drugs and society and social theory.  Her current research is on the social, political and cultural implications of drug overdose death. In the last two decades over 800,000 Americans have died of drug overdose, her book project, tentatively titled Grieving Overdose tells the story of those left behind.  Based on a three-year ethnography of New England and over sixty interviews with experts and community members, the work centers the lives of women and mothers who in both life and death advocate on behalf of their adult children, forge communities of care and demand political change. Professor Campbell’s previous collaborative work includes research on religion in social movements and the sociology of education.

At Holy Cross, Professor Campbell teaches the introductory course “The Sociological Perspective” in addition to special topics classes on race/ ethnicity and drugs and society engaging global and Latin American perspectives. She’s taught in the freshman year-long seminar program Montserrat and her courses have been cross-listed with International Studies, Latin American, Latinx, and Caribbean Studies and Peace and Conflict Studies.  A passionate educator, while pursuing her doctorate she taught for six years in the Department of Sociology at Lehman College, CUNY in the Bronx and prior to graduate school, in public bilingual education in Andalusia, Spain.

Her approach to teaching prioritizes rigor, critical thinking and creativity and asks students to take intellectual risks and build community in service of better understanding the social world.  In addition to spending time with the texts of grand theorists and cutting edge social research, students in her courses are likely to encounter “conversation pieces” that facilitate discussion and build on course themes.  These draw from a broad archive of cultural artifacts, among them poems by Nuyorican poet Pedro Pietri, Jacob Lawrence’s Migration Series and the occasional pop song.

Professor Campbell received her Ph.D., M.Phil. and M.A. from the Doctoral Program in Sociology at the Graduate Center of the City University of New York (CUNY) and her B.A. in Sociology with Departmental Honors from Indiana University, Bloomington. A globally-oriented scholar, Professor Campbell was a graduate research fellow in Mexico City where she conducted fieldwork on human rights and the drug war and was a predoctoral fellow to the Department of Sociology, Organization, Migration and Participation at the Ruhr-University Bochum, Germany.  She is currently a Faculty Fellow at the Center for Cultural Sociology, Yale University.