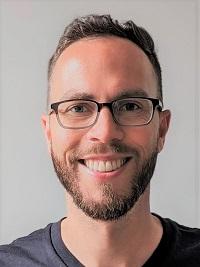 Matthew J. Smith is a Visiting Assistant Professor of Race and Religion in the Department of Religious Studies at Holy Cross. He earned a Masters of Divinity from Princeton Theological Seminary and a Ph.D from the Department of Religious Studies as a Mellon Fellow in Comparative Race and Diaspora at Northwestern University. Smith teaches courses and conducts research on race, religion, and empire in the hemispheric Americas while also engaging gender/sexuality, the history of science & technology, and the environmental humanities.

Smith's dissertation project interrogated racial plasticity in the discourse and imperial infrastructures of Protestant Missions in the late 19th and early 20th century in order to lay out a Christian biopolitics of conversion. His project crosses three cases studies, including (1) U.S. home missions and settler colonialism in the era of imperialist nation-building, (2) transAtlantic black plasticity in the U.S. and Liberia, and (3) the plastic Muslim World upon the fall of the Ottoman Empire and "scramble for Africa" and Asia.